So far, three persons from Bhopal and two from Ujjain have been found infected with the 'Delta Plus' variant in Madhya Pradesh 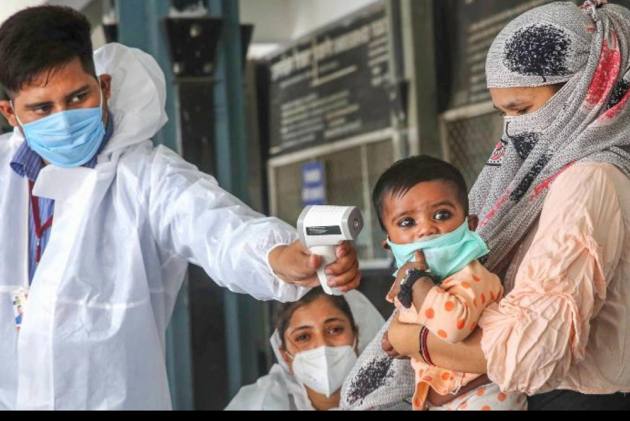 The state Medical Education Minister Vishwas Sarang on Thursday informed that five persons have so far been found infected with the 'Delta Plus' variant of coronavirus in Madhya Pradesh and one of them has died. He said, the other four persons, who were vaccinated against Covid, are fine.

"One person from Ujjain, who died, was not inoculated,” he said.

'Delta Plus' has been declared a variant of concern by the Centre.

So far, three persons from Bhopal and two from Ujjain have been found infected with the 'Delta Plus' variant in MP, the minister said.

A genome sequencing machine will soon be installed in Bhopal and the state would then not have to send samples to Delhi, he added.

Ujjain Collector Ashish Singh confirmed that a 59-year-old woman, who died of COVID-19 on May 23, was infected with the 'Delta Plus' variant.

She tested positive for coronavirus on May 17. Later, her sample was sent for genome sequencing. On Tuesday, it was found that she was infected by the 'Delta Plus' variant, the official said.

Earlier, the sample of a 65-year-old woman from Bhopal was sent to the National Centre for Disease Control (NCDC) on May 23 and it came out positive for the 'Delta Plus' variant on June 16, officials said.

The woman, who had received both doses of the anti-COVID-19 vaccine, recovered in home isolation, they said.

The new 'Delta Plus' variant has been formed due to a mutation in the Delta or B.1.617.2 variant, first identified in India and one of the drivers of the deadly second wave.

Though there is no indication yet of the severity of the disease due to the new variant, 'Delta Plus' is resistant to the monoclonal antibody cocktail treatment for COVID-19 recently authorised in India

On Wednesday, Madhya Pradesh recorded 84 new cases of coronavirus and 21 fatalities, raising the tally of infections in the state to 7,89,499 and the death toll to 8,827, as per official data.