There has been spurt in killings of civilians in Kashmir in the past three days, with at least seven civilians killed, including famous chemist ML Bindroo. 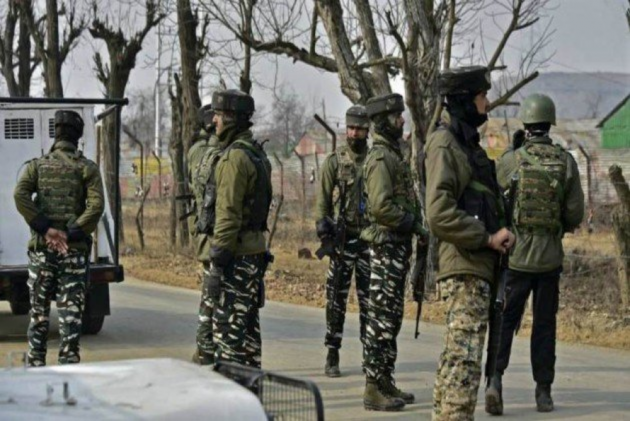 Urging people and the minority community in Kashmir not to panic, J&K Police on Thursday evening attributed the recent spurt in the civilian killings to the frustration of the militant handlers.

The police said the militant handlers after “the killing huge number of terrorists” of all outfits specially their top commanders, destruction of their support structures and continuous and effective maintenance of law and order, have changed their strategy.

“During the year 2021, so far 28 civilians have been killed by terrorists. Out of 28, five persons belong to the local Hindu/Sikh community and 2 non-local Hindu labourers," the police statement said without mentioning 23 remaining civilians killed belonged to the majority community.

However, it seems the statement was issued to convey that majority of civilians killed this year in the targeted militant attacks belonged to majority Muslim community.

"Due to killing of huge number of terrorists of all outfits specially their leaderships, destruction of their support structures and continuous and effective maintenance of law and order, terrorists’ handlers across have got frustrated and changed their strategy and started targeting unarmed policemen, innocent civilians, politicians and now innocent civilians from minority communities including woman,” it said.

“In all such cases terrorists have been using pistols. These acts are committed by newly recruited terrorists or those who are about to join terrorist’s rank. In some cases, OGWs have been found directly involved,” the police said.

“J&K Police is working hard and we are identifying all such part-time, hybrid terrorists and strictest action shall be taken against them. We have received several leads and are working on it. We have also been launching operations along with security forces. We appeal to the general public, especially minority communities not to panic. We have been maintaining peace and a secured environment and will continue to do so,” it said.

Since Tuesday the Valley has seen several civilian killings.

On Tuesday evening militants killed well known chemist Makan Lal Bindroo at his shop in the high-security zone of the Iqbal Park area. This was followed by the killing of a non-local roadside Bhelpuri vendor in Lalbazar of Srinagar. In the third attack in north Kashmir’s Bandipora district, militants shot dead a civilian identified as Mohammad Shafi Lone.

On Thursday morning gunmen shot dead a principal of a school Deepak Chand and a female teacher Satinder Kour in Safa Kadal area of Srinagar.

Since August this year the Valley has witnessed a series of killings including unarmed policemen.

On August 19 militants shot dead Apni Party leader Ghulam Hassan Lone in his home at Devsar area in Kulgam. On August 17 militants shot dead BJP constituency president in Kulgam Javed Ahmad Dar. On August 9, militants entered into the rented accommodation of the BJP leader Ghulam Rasool Dar (Sarpanch) of Redwani Kulgam at Lal Chowk Anantnag and fired indiscriminately killing both Dar and his wife Jawahira, who was BJP panch of her area.

The BJP says at least 23 BJP workers have been killed in different militant attacks in Jammu and Kashmir in the past two years and in Kulgam district alone nine workers of the BJP have been killed.