Five Of Family Charred To Death In Bihar, 1 Severely Burnt 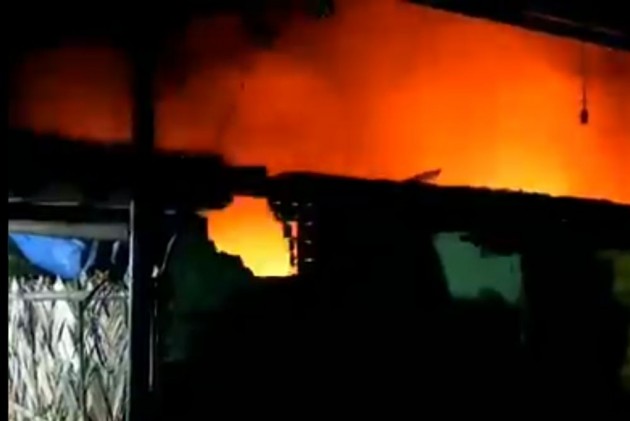 In a horrific fire incident, five members of a family, including four minors, were charred to death while one member was saved and admitted to a hospital after a fire broke out in their house in Bihar's Kishanganj district on Monday, officials said.

The deceased includes a man, his two daughters and two sons. After receiving information fire brigade and police reached the spot and rushed the victims to the hospital. The man's wife is undergoing treatment

At the time of the incident, all the five were asleep. A deadly fire erupted in their residence in Salam colony at around 3 am, sub-divisional magistrate Shahnawaz Ahmad Niyazi said.

"Noor Alam and his two daughters Tauhfa, Babli and sons Rahmat and Shahid were burnt to death when the fire broke out at their house. His wife with burn injuries has been admitted to a hospital," the SDM said.

On receiving information, fire tenders were rushed to the spot and the blaze was doused, he said.

Sub-divisional police officer Anwar Javed Ansari said an investigation has been initiated, and the reason behind the fire incident could not be ascertained.

Bodies were sent to the Sadar hospital for post mortem, he said.

"We are investigating the matter. The exact reason behind the incident could be known once the probe is completed," the SDPO said.