Editor C L Thomas says that by sending written orders, the government is saying that the media has no right to criticise political parties 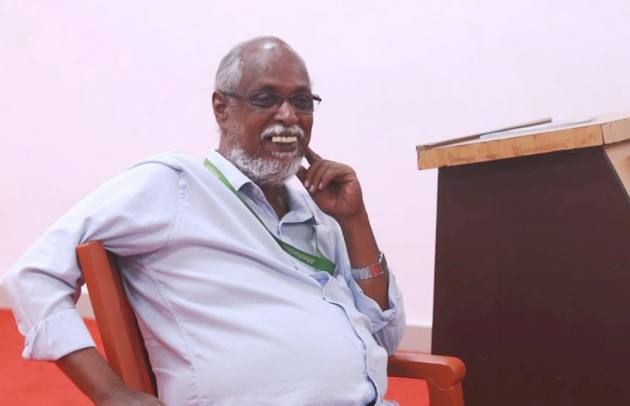 The government made infringement into the freedom of the press by suspending two news channels for 48 hours, says C L Thomas, Editor-in-Chief of Malayalam channel Media One TV. The channel was banned by the Information and Broadcasting ministry on Friday citing ‘biased reporting’ of the Delhi riots.

However, the ministry lifted the ban on Saturday and I&B minister Prakash Javedakar assured that the government stands for media freedom. Speaking to Outlook's Preetha Nair from Calicut over phone, Thomas said that the channel won’t bow to any pressure and will continue with fair and objective reporting. Excerpts from the interview...

I&B minister Prakash Javedakar said that press freedom is essential for a democratic setup and the ban was revoked within hours. Do you think that the media can operate in a ‘free and fair’ manner?

‘Politicians Want Media To Discuss Issues They Throw At Us’

Are Newsrooms Run By Political Masters? Why Are Editors Compromising On Truth Telling?

I believe the ministry had to lift the ban after widespread protests from media and various political parties. By banning the channels, the government has sent across a strong message: ‘if you work against our interest, we will silence you’. The suspension of the Malayalam channels was a flagrant assault on press freedom by the state. Freedom of expression is a guaranteed fundamental right in our Constitution. We consider freedom of the press as a part of freedom of expression.

The channels were banned citing violations of the Cable TV Act, for "biased reportage" and for being partial “towards a particular community”.

The charge against us is that we have violated the Cable TV Act of 1995 during Delhi riots coverage. The act says that media should practice constraint while reporting riots. During the Delhi riots, at least in the beginning, it was a unilateral attack on one community. Our reporting of the violence was done in a fair and objective manner. Last week, the ministry had sent a show-cause notice and we explained in detail that we haven’t violated any rules.

However, the ban came into effect on Friday 7.30 pm without prior information. We received the official order at 7. 40 pm. I believe the ministry chose Friday to stop us from approaching the court for legal remedies. Courts are closed on weekends and the ban period will be over by Monday.

In the ministry's order, your channel was accused of being critical of the RSS and the Delhi police. How do you react to those charges?

It’s ridiculous that the charges against our channel include criticism against the RSS and the Delhi police. By sending written orders, the government is clearly saying that the media has no right to criticise political parties and that independent journalism isn’t possible anymore. I believe that the ministry withdrew the suspension realising its illogical stand.

The ban was lifted after six hours and some reports say that one of the channels has apologised. What is the reason behind the ministry’s U -turn?

Media One has never approached anyone or apologized after receiving the order. In fact, we were contemplating legal action and were all set to approach the court on Saturday morning. But by 9.30 am, the ban was revoked and the services were restored.

The minister also said that he will look into the ban order and the government restored the channels as soon as it found out what actually happened...

Minister says that he wasn’t aware of the ban and the Prime minister expressed concern over the action. Though it sounds unreal, I would like to believe the narrative of the minister.

Do you think the ban was a scare tactics to muffle critical voices? Will the action prompt media to resort to more self- censorship?

Whoever was behind the ban, the intention is to send warning signal to the press. The degree of self -censorship depends on management of the media houses. However, our channel won’t bow to any pressure and we will adhere to fair and objective reporting as always.

There were flurry of protests in Kerala over the ban. You also received support from the state government and all the political parties…

We got tremendous support from public and political parties. I agree that the situation would have been difficult if we were operating in Uttar Pradesh or any other states.