Middle Seats Should Be Vacant In Repatriation Flights: Supreme Court

The Supreme Court has allowed the Centre and Air India to keep operating its scheduled flights with the middle seats filled for the next ten days. 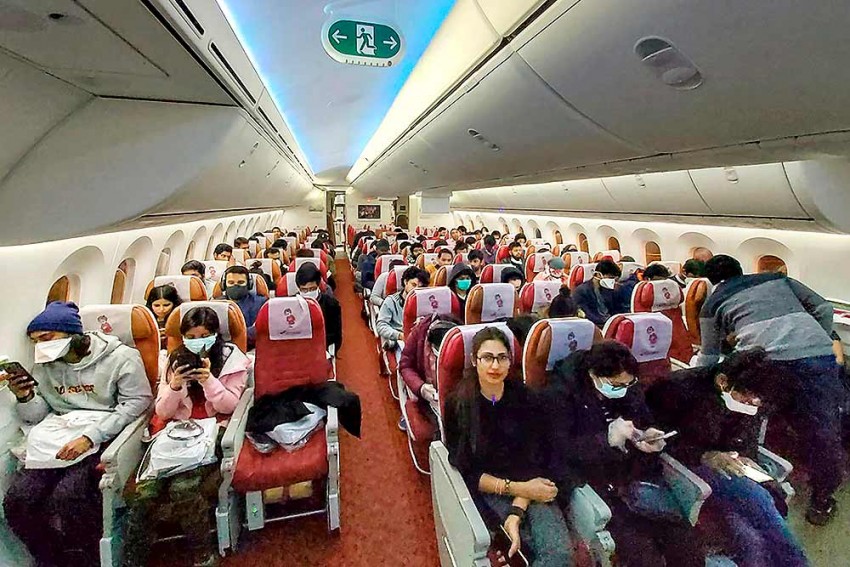 The Supreme Court on Monday asked the Centre and the national carrier Air India that middle seats should be left vacant on its scheduled flights as a safety measure. However, it allowed to fill the middle seats for the next ten days while observing that the government should be more worried about the health of citizens rather than the health of commercial airlines.

The top court asked the Bombay High Court to decide the plea against DGCA circulars expeditiously and said Air India and other airlines will have to follow the order given by the HC with regard to safety measures including maintaining of social distancing inside aircraft by keeping middle seats vacant between two passengers in a row.

A bench headed by Chief Justice S A Bobde conducted an urgent hearing on Eid holiday through video conferencing to hear the appeals of the Central government and Air India against the Bombay High Court order.

Also Read: Can Govt Legally Do Away With Social Distancing Norm Inside Aircraft?

The high court had on May 22 sought response from Air India and the Directorate General of Civil Aviation (DGCA) on a petition of an AI pilot claiming that the airline was not following safety measures for COVID-19 while bringing back Indians stranded abroad.

The High Court had directed Air India and DGCA to file affidavits clarifying their stand and posted the petition for further hearing on June 2.

The pilot, Deven Kanani, in his plea claimed that a circular issued by the Government of India on March 23, 2020 laid some conditions to prevent the spread of COVID-19 while bringing back Indians stranded abroad due to the pandemic.

However, the condition pertaining to keeping the middle seat between two passengers empty was not being followed by the Air India, he said in the plea.

Kanani submitted photographs of an Air India flight operated between San Francisco and Mumbai where all seats were occupied.

Air India, however, opposed the plea of the pilot and told the high court that the circular of March 23 has been now superseded with a new circular issued by the Government of India on May 22, 2020 that permitted domestic flights to operate from May 25.

The new circular does not say that the middle seat needs to be kept empty, Air India told the court.

The High Court had directed Air India and DGCA to file affidavits clarifying their stand and posted the petition for further hearing on June 2. The court had also allowed Kanani to amend his petition to challenge the circular of May 22.