President Ram Nath Kovind on Saturday called Maharashtra Governor Bhagat Singh Koshyari and expressed his concern over the loss of life and property in the state due to rains and floods. 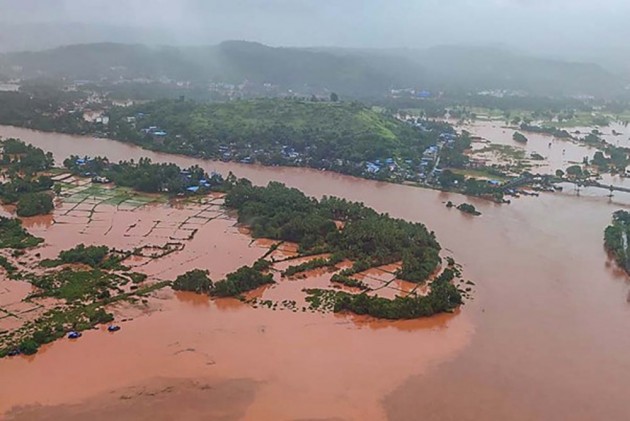 As many as 138 people have died in rain-related incidents, including multiple landslides, in Maharashtra over the last two days, according to latest reports. At least 84,452 people, including over 40,000 in Kolhapur district, were shifted to safer places in Western Maharashtra's Pune division, officials said.

President Ram Nath Kovind on Saturday called Maharashtra Governor Bhagat Singh Koshyari and expressed his concern over the loss of life and property in the state due to rains and floods.

The governor apprised the President about rescue and relief works undertaken to mitigate people’s plight, the Rashtrapati Bhavan said.

“President Shri Ram Nath Kovind called Maharashtra Governor Shri Bhagat Singh Koshyari and expressed his concern over loss of life and property in the state due to rains and floods. The Governor apprised him about rescue and relief works undertaken to mitigate people’s plight,” the Rashtrapati Bhavan tweeted.

The fatality count in rain-related incidents in Raigad district of Maharashtra reached 47 on Saturday, including 37 in the landslide at Taliye village, the state disaster management department said.

A total of 47 persons have died in Raigad district in the Konkan region in rain-related incidents. The official toll at Taliye village is 37, while the remaining 10 deaths are from two separate incidents of landslide in the same district, it said in the report.

The landslide in Taliye village in Mahad tehsil had occurred on Thursday evening.
In Ratnagiri, 11 persons have lost their lives in such incidents, while six in others Satara, it said.

Five deaths were reported in Kolhapur, four in Mumbai suburban, two in Sindhudurg and one in Pune, the report said.

“As many as 59 persons are still missing, of whom 53 are from Raigad, four from Satara and two from Thane," it added.

As many as 21 teams of various government agencies and 59 boats are engaged in the rescue operation, it added.

Taliye village in Raigad district of Maharashtra was not identified as a landslide-prone area but the tragedy occurred due to excessive rains, Deputy Chief Minister Ajit Pawar said on Saturday.