The state has witnessed a Covid-19 spike, when school reopening preparations are underway in the state. 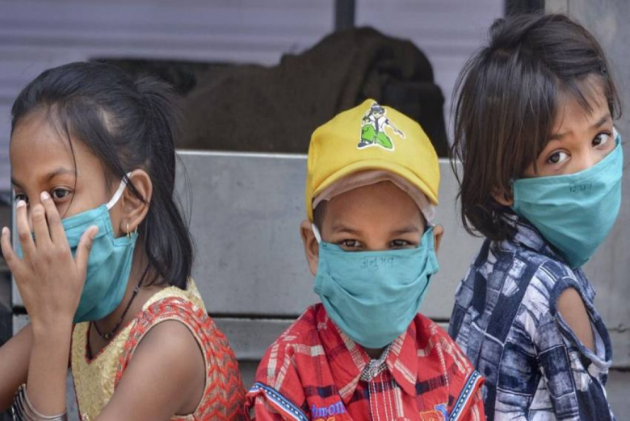 Proving the apprehensions of the medical fraternity quite right, West Bengal has recorded a spike in the number of Covid-19 cases, though not in an alarming rate yet, since a week after the Durga puja festival that was celebrated for over a week, mostly in the second week of October.

As a result, while the number of active cases remained below 7,600 throughout the first three weeks of October, it went up to 7,973 on October 27.

To allow people to visit the Durga puja pandals, the state government had lifted the night curfew, which applies from 11 pm to 5 am, for 10 days between October 11 and 20. During those 10 days, massive crowds were seen in front of several major community pujas, in Calcutta and in the districts.

“We feared this and the medical fraternity had rung the alarm bell well in advance, urging people repeatedly to avoid crowding. But no one paid any heed. There was overcrowding on the streets and in front of pandals. Forget maintaining, physical distancing, they often jostled for space. Now, we need to be extra cautious in the coming week and even people with mild symptoms should need to be tested,” said Arindam Biswas, an internal medicine specialist at the Rabindranath Tagore International Institute of Cardiac Sciences in Calcutta.

He said that since a new subvariant (Ay-4.2) of the Delta strain of coronavirus has been found in Karnataka, the state needs to be all the more careful, treating this as an indication of the possible arrival of the third wave of the pandemic.

This development happened at a time when the state administration is busy preparing for the reopening of schools and colleges, which have remained closed since the outbreak of the pandemic in March last year. Three days ago, chief minister Mamata Banerjee asked the top administration to prepare for the reopening of educational institutions by the third and fourth week of November.

On Monday, while chairming an administration meeting during her tour of northern Bengal, the state’s chief secretary H K Dwivedi had informed the Chief Minister Mamata Banerjee that of those who have been infected by the virus in recent times, 20% have taken both doses of the vaccine.

Hearing this, Banerjee asked Dwivedi to write to the Centre inquiring if this trend was being studied. She also ordered the state health department to conduct a survey on the new Covid-19 patients who have been doubly vaccinated to find out if they were administered Covishield of Covaxin.

“We are trying to increase the number of daily Covid-19 tests in the coming week,” said a state health department official who did not want to be named.