As most of the car rallies through the snow leopard landscape of the Kibber Wildlife Sanctuary in Spiti valley, the decision to ban such activities holds significance. 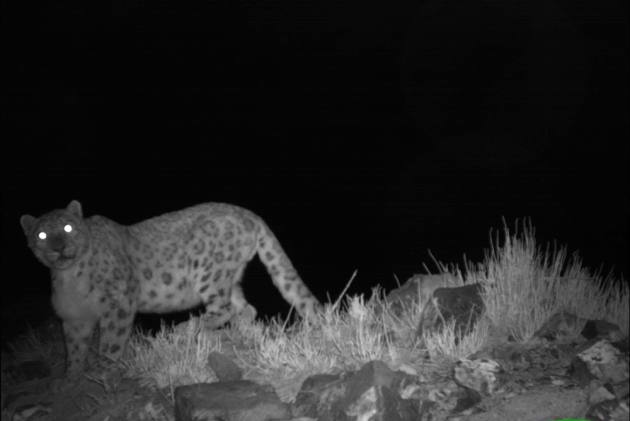 Following a recent study conducted in Himachal Pradesh on snow leopards—one of the world’s most endangered species— local administration at Kaza has banned all motor rallies in the sanctuary area.

The orders were issued by Additional District Magistrate, Gyan Sagar Negi, citing reasons related to the ongoing conservation efforts in the area, for rare wildlife species, of which snow leopards have of course been at the centre of focus.

Negi has invoked Section 144 in the Kibber sanctuary area which clearly defines that no car rally will be allowed to pass through the snow leopard landscape from the PWD road—Lidang, Demul, Komic, Hikkarm to Langcha and from the Rangrik bridge to Chicham via Kee Kibber village till further orders.

Hardev Negi, Divisional Forest Officer (DFO) Kaza confirmed the orders and said that besides the Kibber Wildlife Sanctuary the orders of the ban will also cover other protected areas in the region. He hoped that the organizers of such rallies will follow the prohibitory orders and cooperate.

As most of the car rallies that are held during winters pass through the snow leopard landscape of the Kibber Wildlife Sanctuary in Spiti valley, the decision to ban such activities holds significance.

“This also shows how much the locals care about the wildlife and also play a proactive role in conservation measures. It’s quite a heartening thing”, says Archana Sharma, principal chief conservator of forests.

Deputy commissioner Pankaj Rai said, “Actually it has come to notice that wildlife animals like Snow Leopards, Ibex, Himalayan Serows, Blue Sheep come down to the lower areas of the Spiti valley due to heavy snowfall. The months of February and March are also breeding time of the snow leopards as the wildlife experts informed the Kaza administration’’.

The mobility of vehicles through the sanctuary area disturbs the natural habitat of the wildlife animals. It also seriously interferes with snow leopards. The International Union for Conservation of Nature (IUCN) has already framed a series of measures to be followed in the snow leopard habitat.

The recently conducted, first-ever scientific study on snow leopards has found an increase in the population of snow leopards in the state.

The research which was conducted jointly by the state’s wildlife department and Nature Conservation Foundation (NCF) is the first scientific estimation of the snow leopard population in the country. Earlier figures were just guesstimates. The study states that there are up to 73 snow leopards in HP, excluding cubs.

Spiti valley and Kibber Wildlife Sanctuary are hosts to some of the endangered wildlife species. Himachal Pradesh’s forest department and several NGOs are working tirelessly to protect the species from poaching and conserve them.

Spiti had remained closed to tourism and adventure activities ever since the lockdown was announced in March last year. However, last week the Spiti Tourism Society decided to open the valley to tourists from February 17 onwards.

While opening the region to the tourists, the Society has specifically asked the tour and travel operators to strictly observe the Standard Operating Procedures (SOP)s. The Tourism Society even made a Covid test report mandatory for tourists checking-in at local hotels and homestays.