The AAP has appointed in-charges for six out of total seven Lok Sabha seats in Delhi for the 2019 polls who are yet to be declared official candidates of the party. 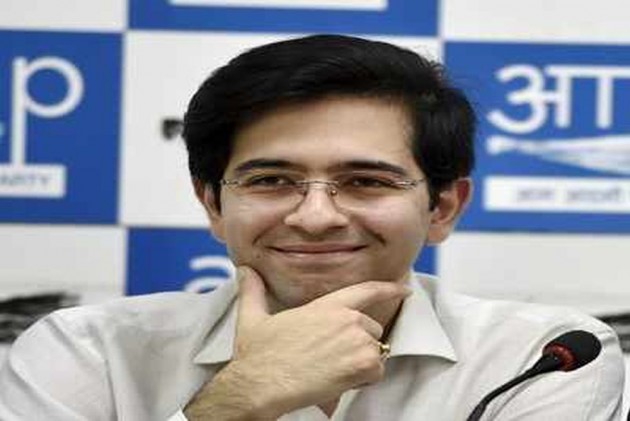 Even as the Aam Aadmi Party (AAP) is yet to declare its candidates in Delhi for next year's Lok Sabha elections, party supremo Arvind Kejriwal on Thursday sought votes for party's South Delhi Lok Sabha seat in-charge Raghav Chadha.

The Delhi chief minister also promised houses to the people in the Rajokari area of the constituency as he asked them to vote for the AAP national spokesperson.

"There are elections in April-May. This is Raghav Chadha. Vote for him in the elections and giving pucca houses to you all is my responsibility," Kejriwal said.

The AAP has appointed in-charges for six out of total seven Lok Sabha seats in Delhi for the 2019 polls who are yet to be declared official candidates of the party.

The party had appointed Rajpal Solanki as in-charge of West Delhi constituency who resigned from the post citing health issues.

AAP leaders had earlier said that the party candidates would be announced after a review of the preparations done by the in-charges in Lok Sabha seats in Delhi.

According to party sources, the in-charges are learnt to be ultimately declared as AAP candidates in 2019 polls.