The continuous suspension of the mobile internet service has impacted the work of students, doctors, media persons and patients. 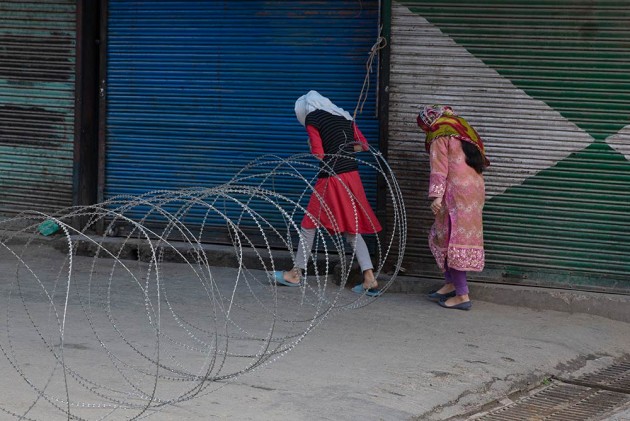 While the Supreme Court Monday ordered that a special committee will examine contentions raised by petitioners on the restoration of 4G speed internet in Jammu and Kashmir, the internet service has been blocked for past five days in the Valley. Mobile phone service is also snapped in two districts of South Kashmir, creating problems for medical workers and services.

The authorities suspended 2G internet and mobile service across Kashmir Valley after Hizbul commander Riyaz Naikoo was killed by security forces in an encounter in Pulwama district of South Kashmir on Wednesday. Later, the government restored the mobile network services in other districts except for Pulwama and Shopian in South Kashmir. However, the 2G service continued to be disabled across Kashmir.

A senior official said that they would take decision about the restoration on the 2G internet service later Wednesday evening in a meeting.

The continuous suspension of the mobile internet service has impacted the work of students, doctors, media persons and patients.

“Already there is so much distress due to the Covid-19 and this snapping of the internet services has added more to depression. Our children were asking for the restoration of 4G service and they have blocked even 2G services for the past six days. Don’t know what is happening at this cursed place,” says a university professor.

Dr. Irfan, a consultant cardiologist at the SMHS Hospital, Srinagar, says that internet blockade has severely affected initiatives taken to stop the spread of the Covid-19. He says that after restoration of the 2G service in recent months, they were trying to reach out to doctors in remote areas through 'Save Heart' Initiative.

“We were doing very good for the past few months. We were managing patients at the district hospital, advising doctors through the Save Heart Initiative how to treat the cardiac patients and how to save heart attack patients. Now, all of a sudden, they snapped the lifeline which connects us with doctors throughout the Valley,” Dr Irfan says. Under the Save Heart Initiative, top cardiologists of the Valley would give advice and suggestions, via WhatsApp groups, to doctors at different district-level hospitals.

With Internet services snapped, the initiative is defunct again. Earlier, the initiative remained suspended for around six months after the government imposed communication blockade on August 5, 2019, the day Article 370 was abrogated by the Centre revoking the special status of Jammu and Kashmir. Dr Irfan says whenever the government blocks the internet, 'Save Heart Initiative' becomes one of the biggest casualties of the communication blackout.

He says that in the past few weeks they treated the patients at the district hospitals after live video calling through WhatsApp and guiding doctors working at districts how to treat patients. He said the internet shutdown has adversely affected communication within the hospital as well.

On August 4, 2019, a day before the BJP-led government revoked Article 370 of the Constitution and bifurcated Jammu and Kashmir into two Union Territories, it imposed a communication blockade. Gradually, the government restored communication services but internet service has been confined to 2G low-speed connectivity only. Now, that has also been snapped.