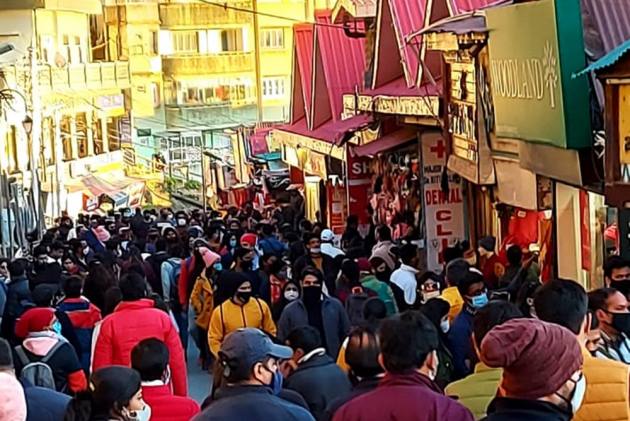 Hotels packed to their capacity — breaking past 20 years’ record, crowded marketplaces, jam-packed restaurants, long queues of vehicles, hold-ups at most tourists spots and most parking sites overflowing — that’s Himachal’s towns for you on New-Year eve.

This is not merely the story of Shimla — the biggest city of Himachal Pradesh and famous tourist destination preparing to host a huge influx of tourists and New Year revellers — but most other towns too.

There was almost a 20-km long bumper-to-bumper queue of tourist vehicles between Shoghi and Shimla during the day. 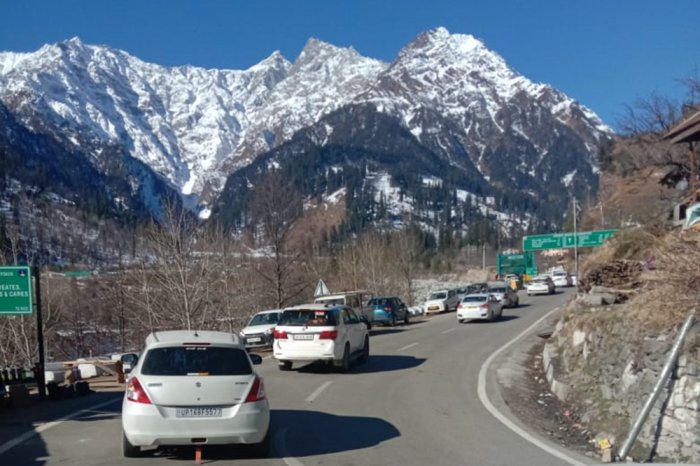 Manali too saw a massive tourist rush, where the 9.2-long world’s longest Rohtang Tunnel has become the high point for the winter guests.

Several Himachal Pradesh towns viz Dharamshala, McLeodganj, Dalhousie, Kasauli, Chail and Shimla’s peripheral destinations of Mashobra, Naldehra, Fagu and Tatta Pani have witnessed a high footfall during the past three days, especially after the government eased night curfew norms. Curfew is now from 10pm to 6am.

“I think we have broken all previous records as far as hotel occupancy is concerned. The snowfall last week added to the attraction. Though most hotels have cancelled that DJ, Dine’n dance functions in view of the Covid restrictions, the tourist arrivals have not stopped,” said Sanjay Sood, president, Shimla Hotels and Restaurants Association.

As MeT department has predicted snowfall from January 3, the hoteliers are expecting the rush to continue for the entire weekend.

The district administration has also issued restrict guidelines for the New Year celebrations, which additional district magistrate (law and order) Prabha Rajeev said will have to end at 10 pm. Thereafter, the night curfew orders will come into force and no tourist will be allowed to come on the road. 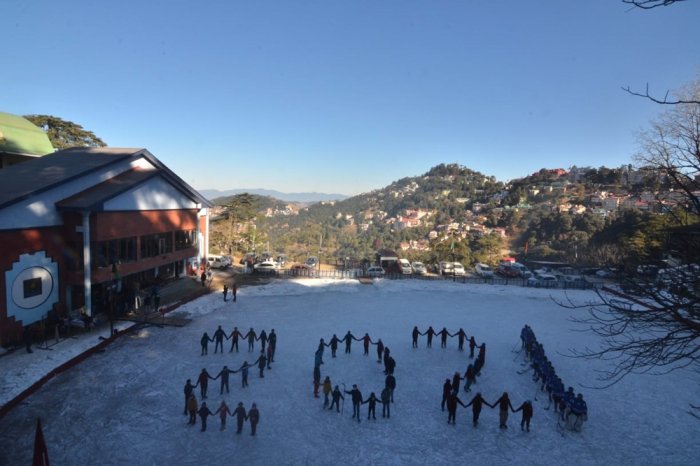 “We have divided the town into seven sectors and deployed the sector magistrates with sufficient police force to regulate the movement of the tourists. No hooliganism on the roads will be permitted and those not wearing the masks will be fined on the spot,” said Rajeev.

Till 3.45 pm on Thursday, more than 5,920 tourist vehicles had entered Shimla since 8 am. Almost an equal number is expected till 8 pm according to previous years’ trends. The administration, however, has proposed to get Mall Road and the Ridge — central places in the town — cleared of New-Year revellers by 9.30 pm.

Kullu-Manali, which had witnessed fresh snowfall two days back causing disruption in traffic to Solang nullah and Rohtang tunnel, has been opened for the vehicles, said superintendent of police Kullu Gaurav Singh. The police are using drones to monitor traffic at Manali and also Rohtang Tunnel. Orders have been issued to arrest rowdy tourists or those violating traffic norms in the tunnel.

Last week, 25 people, mostly tourists from Haryana, Delhi and UP, were arrested and their vehicles impounded for dancing inside the tunnel.

“Manali has broken a 20-year record in hotel bookings. The message from tourists is corona cannot stop them from celebrating the New Year like in previous years. Rohtang tunnel is witnessing an unprecedented rush. I don’t think many will be able to reach the tunnel due to the traffic jam on both sides,” said Anil Kant, a hotelier and social activist.

The decision of the Uttarakhand government completely banning night parties and New Year celebrations to enforce Covid restrictions has diverted most tourists from Delhi, Punjab, Haryana and Jammu and Kashmir to Himachal Pradesh.