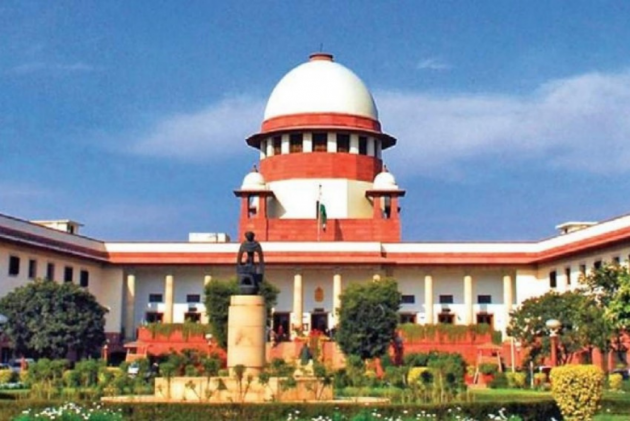 Dismissing the plea for premature jail release, the Supreme Court has asked National Legal Services Authority (NALSA) to consider issuing a uniform standard operating procedure(SOP) for entire country to protect the rights of similarly placed convicts, as per provisions of law.

The apex court dismissed the pleas challenging a Allahabad High Court February 2019 verdict, which had confirmed the conviction and life term awarded to the petitioner in a murder case.

According to the custody certificate issued by the Agra jail authority, the actual sentence undergone by the convict is around 16 years without remission, the court noted.

A bench of Justices D Y Chandrachud and M R Shah also directed the senior jail superintendent of Agra central prison to inform the convict of his right to submit an application for premature release in accordance with the applicable rules and regulations.

"NALSA is requested to consider issuing a uniform country-wide SOP (standard operating procedure) for protecting the rights of similarly placed convicts to secure pre-mature release in accordance with the provisions of law," the bench said in its order passed on Friday.

The top court noted that the custody certificate issued by the senior jail superintendent indicated that actual sentence undergone is 15 years 11 months and 22 days without remission, and 19 years one month and 22 days with remission as on June 26 this year.

The bench said the UP state legal services authority shall ensure that its panel of lawyers visit every prison within the state and after due scrutiny of the nature of conviction, term of sentence and the sentence undergone, advise convicts and assist them in drafting appropriate representations to enable them to pursue their remedies regarding pre-mature release in accordance with law.

"Once such applications are filed, they shall be disposed of by the competent authority within a period of three months from the date of receipt," the bench said.

While directing the jail official of Agra to apprise the convict in the case of his right to submit application for premature release, the bench said if any legal aid or assistance for that purpose is required, the senior jail superintendent shall intimate the District Legal Services Authority (DLSA) within two weeks of the receipt of this order.

It said DLSA shall make available the requisite assistance so the convict is in a position to submit his application for premature release.

It said upon filing of such application, it shall be disposed of within three months by the competent authority in accordance with rules and regulations.