Partho Dasgupta is accused of conniving with ARG Outlier Media, the company that runs all Republic TV channels, and with Republic TV Editor-in-Chief Arnab Goswami to manipulate TRPs. 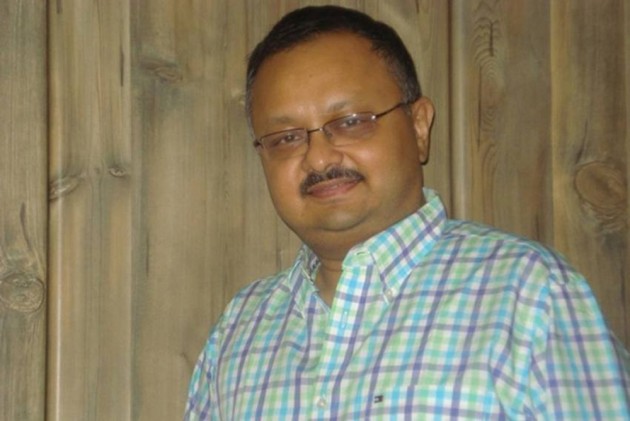 In a strongly worded statement against former Broadcast Audience Research Council (BARC) CEO Partho Dasgupta, a sessions court in Mumbai claimed that Dasgupta appeared to be the “mastermind” of the Television Rating Points (TRP) manipulation scam.

The court further added that there seemed more to the case than mere rigging of TRPs. Dasgupta’s bail plea was rejected by the same sessions court, last month.

The copy of the January 20 order of the sessions court in Mumbai was made available on February 1, and was submitted in the Bombay High Court.

On Tuesday, the Bombay High Court adjourned till February 9 the hearing on the bail plea filed by Dasgupta.

Dasgupta is accused of misusing his official position and conniving with ARG Outlier Media, the company that runs all Republic TV channels, and with Republic TV Editor-in-Chief Arnab Goswami to manipulate TRPs.

He was arrested by the crime branch of the Mumbai Police on December 24 last year.
In his order rejecting Dasgupta's bail plea, sessions court judge MA Bhosale said, "It appears from the papers put forth before me that it is not the case of simple manipulation of TRP but more than that.

"The case paper in the present crime reflect that the accused (Dasgupta) is the mastermind of the entire crime," the sessions judge noted.

The court stated that Dasgupta was acting in his capacity of CEO to manipulate television ratings through a mechanical device and it is disclosed that he was in contact with a television channel owner.

Judge Bhosale also rejected Dasgupta's argument seeking bail on the grounds of parity considering that 14 other accused in the case were out on bail.

The court said though the others were on bail, the police had recovered much data from the WhatsApp chats of Dasgupta and would require to interrogate him to decipher his chats.
"I am of the opinion that the custody of the accused is necessary at this stage. The accused/applicant is proper person to explain the meaning therefore, face to face investigation is required to be necessary," Judge Bhosale said in his order.
The court also noted that the investigation in the case was ongoing and that there was a possibility of tampering of evidence if Dasgupta was let out on bail.

Earlier in the day, Dasgupta's counsels Abad Ponda and Shardul Singh told the high court that the former BARC CEO suffered from a spinal problem and needed a medical attention.

"He (Dasgupta) is not dying but it (health) is precarious and he needs medical attention," Ponda said.

Special Public Prosecutor Shishir Hire, however, asked the HC to grant some time since he was appointed to the case only on Monday.

He told the high court that a similar bail plea filed by Dasgupta was pending hearing in the Supreme Court.

Dasgupta's counsels, however, assured a bench presided over by Justice PD Naik that they will not go ahead with the plea in the apex court.

Justice Naik took the statement on record and adjourned the hearing till February 9.

Dasgupta had told the HC last week that Arnab Goswami was the prime accused in this scam.

Last month, Dasgupta had been rushed to the state-run JJ hospital in Mumbai from the Taloja prison in Navi Mumbai, after his blood sugar levels went up and he fell unconscious.

He was discharged from the hospital ICU on the evening of January 22.

Following his discharge, Dasgupta's lawyers had moved the HC seeking an urgent hearing on his bail plea.