Chief Minister Mamata Banerjee had alleged that Alapan Bandyopadhyay was targeted by the central government due to a 'political vendetta'. 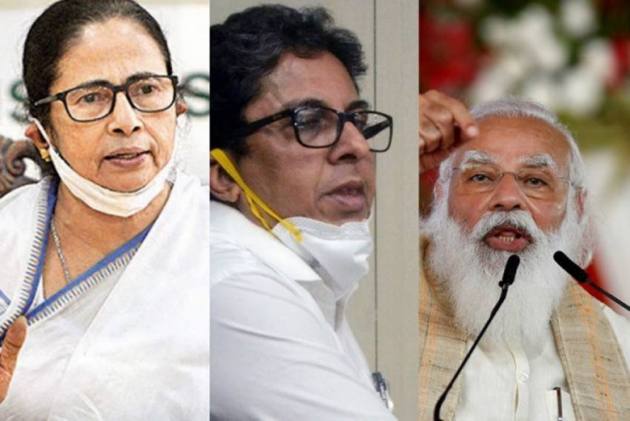 The clash between the Centre and Bengal government continues over the transfer of the Alapan Bandyopadhyay. The Union Home Ministry has slapped a show-cause notice on Bandyopadhyay under a stringent provision of the Disaster Management Act that entails imprisonment for up to two years for abstaining from a meeting presided by Prime Minister Narendra Modi related to Cyclone Yaas, officials said on Tuesday. The notice says Bandyopadhyay “has acted in a manner tantamount to refusing to comply with lawful directions of the central government”.

What is the provision?

Under the Disaster Management Act 51 (B), if any officer does not follow any order of the Central Government or the State Government or the National Executive Committee, then there is a provision of punishment in it. Under which 1-year jail or fine or both can be imposed. The central government has also talked about charge sheeting Alapan.

West Bengal Chief Secretary Row: Why Is There A Controversy Over The Centre’s Order?

The officer has been asked to reply within three days in writing to the Home Ministry to the notice served to him on Monday, the officials said.

Facing heat from the Department of Personnel and Training (DoPT)

Amid the tug-of-war between the Centre and the state government, Bandyopadhyay is also facing heat from the Department of Personnel and Training (DoPT), the cadre controlling ministry for IAS officers, which had asked him twice to appear for his further duty to the central government in Delhi by Monday and again on Tuesday.

However, he did not come to the capital and chose to retire, instead of accepting a three-month extension sanctioned to him by the state and central government.

It is stated in the notice that Prime Minister Narendra Modi, after undertaking the aerial survey of the affected area of West Bengal, reached Kalaikunda air force station for holding the scheduled review meeting with the chief minister and the chief secretary.

Upon arrival at the meeting room, where the review meeting was scheduled to be held, the prime minister and members of his entourage waited for nearly 15 minutes for the officers of the state government to arrive, the notice said.

In view of the absence, the chief secretary was called by an official as to whether they wanted to participate in the review meeting or not, it said.

The chief secretary arrived along with the chief minister inside the room and “left thereafter immediately”, the notice said.

"In view of this act of abstaining himself from the review meeting taken by the Prime Minister, who is also the chairman of the National Disaster Management Authority, the chief secretary has acted in a manner tantamount to refusing to comply with lawful direction of the central government and thus violative of Section 51(b) of the Disaster Management Act 2005," it said.

Bandyopadhyay, a 1987-batch IAS officer who was due to retire on May 31, was given an extension of three months and days later asked to report at the Centre.

However, Chief Minister Mamata Banerjee, who has had frequent run-ins with the Modi government, announced his retirement on Monday and appointed him as the chief advisor to the state government.

Chief Minister Banerjee had alleged that the officer was targeted by the central government due to a "political vendetta".

Reacting sharply to the notice, the ruling Trinamool Congress claimed that the Centre was wreaking vengeance on the West Bengal government and that the notice sent to Bandyopadhyay was an "illegal" move.

TMC Rajya Sabha MP Sukhendu Sekhar Roy contended that the notice, invoking section 51 (b) of the Disaster Management Act, was "void", and said that the question of violation of any provision does not arise.

"Show Cause Notice served upon former Chief Secretary of Bengal is void ab initio in as much as no direction was issued to him under Sec 51(a) or(b) of the Disaster Management Act. As such the question of violation thereof does not arise. Stop such blatant acts of vengeance," he tweeted.

Opposition leader in the West Bengal assembly, BJP's Suvendu Adhikari, however, sought the strictest action against Bandyopadhyay for "indiscipline and violation of rules".

"I demand the strictest action be taken against the outgoing CS for indiscipline, violating service rules at a time of a natural disaster and a global pandemic, irregularities, and not helping others just because of sinister political games. TMC has failed the people of West Bengal," the BJP leader tweeted.

Senior Congress leader and Rajya Sabha MP Pradip Bhattacharya, on his part, said the officer is a victim of circumstances in the midst of the tussle between the Centre and the state government.

Different interpretations can be made out of the episode that preceded Bandyopadhyay's recall order, his subsequent retirement, and everything that followed, he said.

"Alapan Bandyopadhyay is a victim of circumstances, this is not desirable. It may apparently seem that more importance should be given to the prime minister than the chief minister, but since the chief secretary is responsible for the affairs of the state, it does not seem that he has done anything wrong by toeing the chief minister's line," Bhattacharya said.