Former BJP leader Ghanshyam Tiwari will join the Congress in Jaipur on Tuesday in the presence of party president Rahul Gandhi. 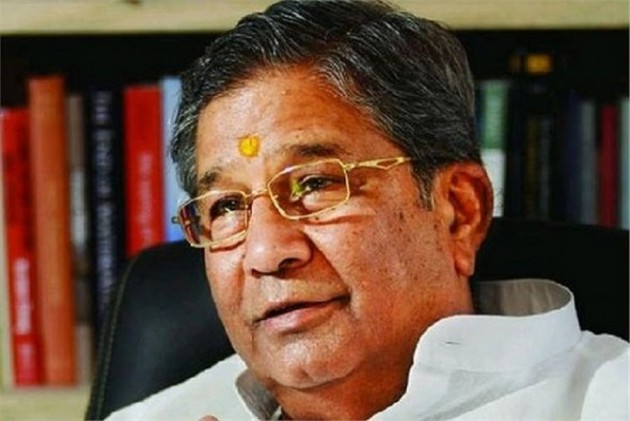 Former BJP leader Ghanshyam Tiwari will join the Congress in Jaipur on Tuesday in the presence of party president Rahul Gandhi.

"I struggled in the BJP but now I feel that it is important to join Congress for the protection of democratic values," Tiwari said.

He said he would not contest the Lok Sabha elections.

In 2017, Tiwari had opened a front against BJP leader and then chief minister Vasundhara Raje and resigned from the party in June 2018.

He had openly criticised and accused Raje of corruption and made several complaints against her to the party high command. He alleged that he was not heard in the party.

Tiwari had floated Bharat Vahini Party ahead of the Rajasthan Assembly elections in 2018. He contested the election from Sanganer seat from where he not only lost but also got his security forfeited.

During the meeting this evening, some independent MLAs are likely to announce their support to the Congress.