Rakesh Asthana Is The New Delhi Police Chief: All You Need To Know 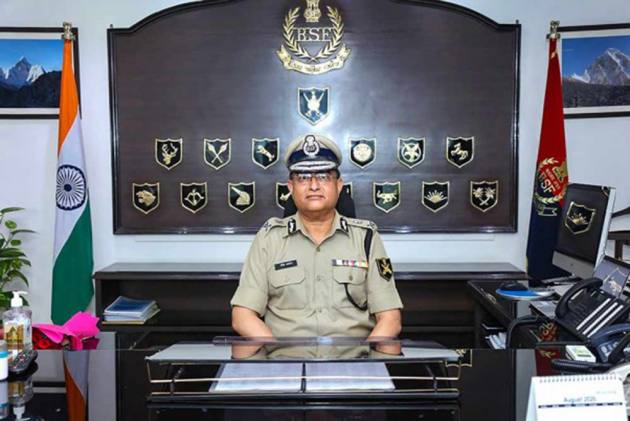 Just three days before he was to retire, 1984-batch Gujarat cadre IPS officer Rakesh Asthana has been appointed as Commissioner of Delhi Police by the Narendra Modi government. The appointment of the Gujarat-cadre IPS officer was announced in a statement by the Union Home Ministry on Tuesday.

Sachidanand Shrivastava had held the post as an additional charge for most of his one-and-a-half years in office, and was regularized only a month before he was to retire on June 30. After him, Balaji Srivastava, special commissioner (vigilance), who was given additional charge of CP, Delhi, kept the seat warm for 28 days for Asthana.

The Appointments Committee of the Cabinet (ACC) approved Asthana’s inter-cadre deputation and also granted an extension of service, “initially for one year” as a “special case in public interest”. Generally, only the officers of AGMUT (Arunachal Pradesh-Goa-Mizoram and Union Territory) cadre are appointed as chief of Delhi Police. Asthana is the second non-AGMUT cadre person to take over as Delhi Police chief.

Ajay Raj Sharma, an Uttar Pradesh cadre officer, was the first outsider to take over as the Delhi police commissioner in 1999. At that time it was done to stem the infighting between top police officers of Delhi Police. The government of the day, with L.K. Advani as the union home minister, had considered an outsider leading the Delhi Police force as the best option.

Many serving and retired Delhi police officers don’t understand the need to bring an outsider as head of the force at this juncture when there are several competent AGMUT cadre officers eligible for the post. They claim that the professionalism of Delhi Police suffers in the process. “Will the government appoint a UP cadre officer as Mumbai police chief? It is not good for the morale of the force but then at the end of the day it is at the discretion of the government,” says a police official.

The move also does not augur too well for the Arvind Kejriwal government that has been demanding control of the Delhi Police, which they claim, works at the behest of the Centre. Sources in the government claim that Asthana has been given charge of Delhi Police as some sensitive cases need to be handled. “There is the ongoing farmers’ protest and investigation into the last year’s Northeast Delhi riots is at a crucial stage. A Delhi Police Commissioner’s job goes beyond regular policing of crime prevention, detection and maintaining law and order. It is a sensitive post,” says the government official.

Asthana, who has the trust of PM Modi and home minister Amit Shah, was in the race for CBI director two months ago but he was ruled out since he was due to retire on July 31. A panel headed by the Prime Minister had met in May to select a new CBI director, where Chief Justice N.V. Ramana had reportedly referred to a Supreme Court decision that officers with less than six months left in service should not be considered for police chief posts.

Prior to this, Asthana held the post of Director General, BSF. According to the Home Ministry statement. Asthana has also served in the Central Bureau of Investigation (CBI). He was removed from the CBI in 2018 following a bitter public feud with the then CBI chief Alok Verma.