The former CM of Andhra Pradesh and the 88-year-old veteran Congress leader Konijeti Rosaiah died on his way to a private hospital after he fell ill on Saturday morning. 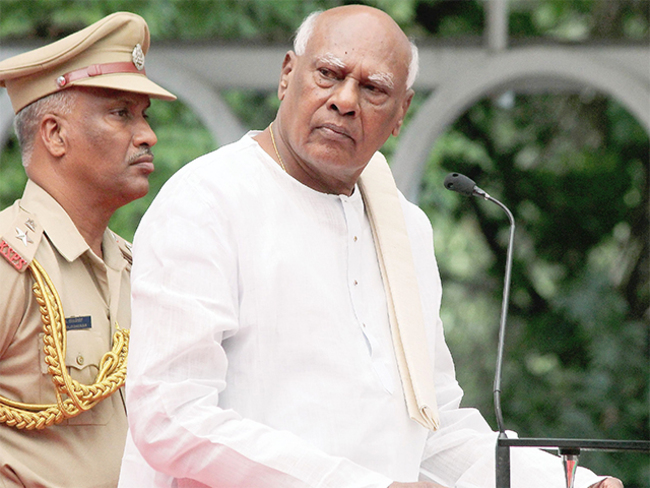 The veteran Congress leader was 88.

According to the sources, Rosaiah died on his way to a private hospital after he fell ill this morning.

Apart from serving as the chief minister of the undivided Andhra Pradesh, Rosaiah also served as the Governor of Tamil Nadu from August 31, 2011 to August 30, 2016.

Rosaiah’s political journey began in 1968 as an MLC. He served as Chief Minister of the AP from September 3 after the demise of YS Rajasekhar Reddy till November 25.

Rao recalled Rosaiah as the leader who brought laurels to the posts he held and is known for his patience, gentleness and simplicity.

The CM has conveyed his condolences to members of the bereaved family.

Several Congress leaders including TPCC Chief Revanth Reddy expressed condolences.
Reddy in a statement said Rosaiah has the record of tabling state budget for 15 times as Finance Minister of the undivided AP.