‘I should have joined the BJP much earlier,’ Rupjyoti Kurmi said while praising the chief minister's way of working. 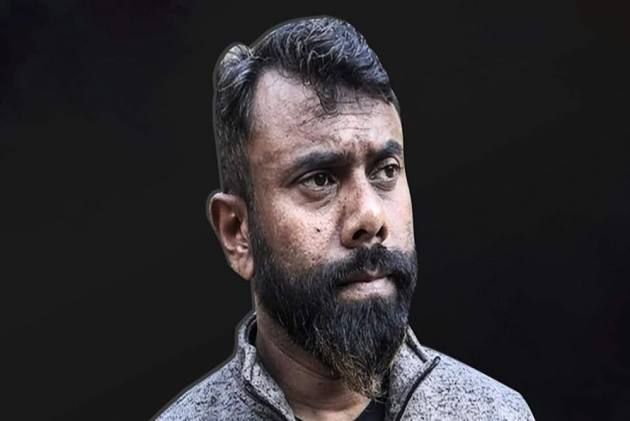 Former Assam Congress MLA from Mariani Rupjyoti Kurmi joined the ruling BJP at a function in Lakhimpur in the presence of chief minister Himanta Biswa Sarma.

Kurmi had blamed the Congress leadership for not acknowledging his contribution toward the party and refusing to give him any position of responsibility like president of the APCC or leader of the CLP, which he had sought. "The party is headed for ruin in the state," he said.

Kurmi was the last MLA of the Congress to represent the tea tribe, an electorally significant community, and his departure could cost the part dear. The party has been losing its influence in the community which for long had been one of its pillars of strength.

The four-time MLA has said more of his erstwhile colleagues in the Congress are likely to join the BJP.

After Kurmi left the Congress, Sarma had asked all opposition MLAs to join the BJP and work together for the development of the state. " What will they do for the next five years?" he wondered.

Reacting to Sarma's invitation to Opposition MLAs to join the BJP since they won't have much work to do, the Congress on Sunday demanded a public apology from him for his "undemocratic" remarks.

Leader of the Opposition Debabrata Saikia said that Congress has been waging a relentless war against the BJP which seeks to “destroy the democratic values" of the country.

“I, as an MLA of the opposition in the Assam Legislative Assembly and Leader of the Opposition, strongly condemn this remark. The CM should make a public apology for uttering such undemocratic words," Saikia said in a statement. “The present government wants to create such an environment, where no one will raise a finger against its misdeeds. This is possible if there is no opposition to the ruling party. And we, the Congress, will not allow it to happen," he said.