Purnendu Sekhar Mukherjee, a former central committee member of the banned CPI(Maoist), died in Kolkata on Saturday morning at the age of 75. 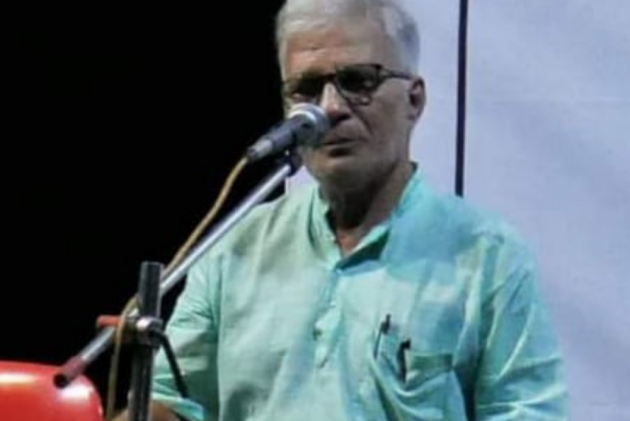 Purnendu Sekhar Mukherjee, a former central committee member of the banned CPI(Maoist), died in Kolkata on Saturday morning. He was 75 and suffering from chronic obstructive pulmonary disease. He was unmarried.

Mukherjee was arrested from Bihar in 2011 along with other central committee members Varanasi Subrahmaniyam, Vijay Kumar Arya and Jagdish Master. Since being released on bail in 2015, he had shunned his underground life and was living publicly in south Kolkata’s Bansdroni area. However, the police suspected that he never lost touch with the party.

According to his friends and comrades, Mukherjee wished to donate his body upon death and they were in touch with government-run hospitals in Kolkata to ensure his body could be donated for medical research purposes.

Mukherjee was one of the first-generation Naxalites who joined the movement in the late 1960s and was part of the Maoist Communist Centre (MCC) right from its inception in 1969. He worked in close coordination with the likes of senior Maoist leaders Sushil Roy (alias Barun da) and Prashanta Bose (alias Kishan da). The former has died while the latter is still leading the clandestine organisation in eastern India.

In 1998, during the height of a fratricidal war in the Naxalite/ Maoist camp between the CPI(ML)(People’s War) and the MCC in parts of Bihar (now included Jharkhand), a section of MCC’s West Bengal leadership, led by Mukherjee and Akhil Ghosh, broke away from the MCC and formed their own outfit, named Revolutionary Communist Centre (Maoist), or the RCCM.

The RCCM was quick to establish contacts with Maoists in Nepal and played a key role in building pressure on the MCC and PW leadership to end the conflict. In 2003, the RCCM merged with the MCC, with Mukherjee becoming a central committee member of the unified MCC.

In 2004, when the MCC and CPI(ML)(PW) merged to form the CPI(Maoist), Mukherjee became a central committee member on the new organisation.

During a previous interview with this author, Mukherjee had said, “I have been among the few in India’s communist movement who have been reinstated in the party and in the top leadership, even after breaking away to form a separate outfit. That was because my comrades and I broke away on a very valid point which the party’s other leaders later realised and recognised.”

During his political life, he was worked extensively in north Bengal and later in Bihar and Chhattisgarh.

He had police cases against him in both Bihar and Chhattisgarh.