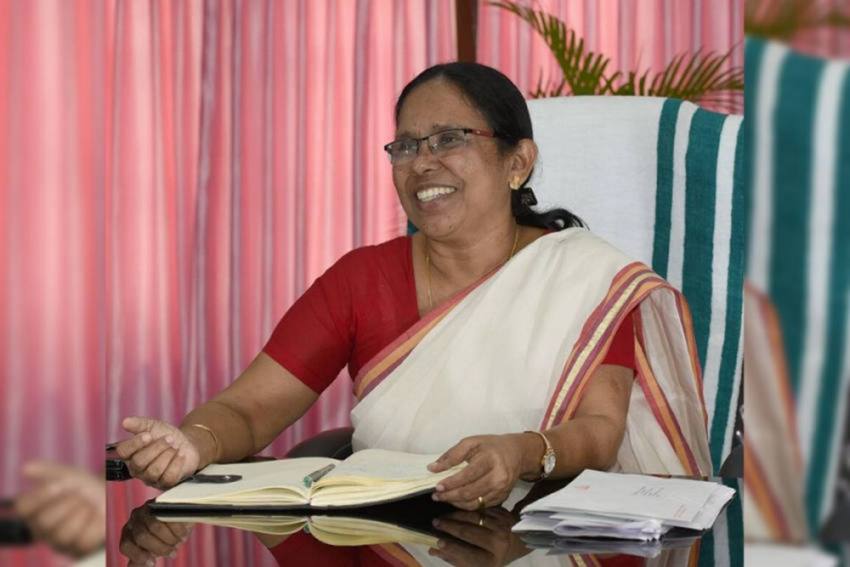 The Open Society Prize, awarded annually to persons of exceptional distinction who serve the ideals of an open society, was announced during the 30th graduation ceremony which was held online recently.

Ignatieff announced the award for "Shailaja Teacher" and said the prize is awardedthis year to an "extraordinary public servant" from the developing world.

"As minister of public health in the Indian state of Kerala, during the COVID-19 pandemic, K K Shailaja Teacher and the dedicated staff of the public health service, demonstrated to the world that determined leadership, community-based public health and effective communication can save lives," Ignatieff said.

"By awarding CEU's highest award to Shailaja Teacher, the university honours a public servant and female leader for her commitment to public health services," he said.

Teacher, a Communist leader, told the graduating students that learning is a continuous process and asked them to stay curious.

"...and keep learning and share your knowledge with others. We live in an increasingly volatile and unpredictable world where leaders must rise to global challenges and work out new constructive solutions together, to build an equitable society. As you step out into the world, this is an opportunity for each one of you to change the world and write history. Find that leader in you," she said in her speech.

The prize was first awarded in 1994, to philosopher Sir Karl Popper, whose book The Open Society and Its Enemies (1945) presented a philosophy of tolerance, openness and democratic values.