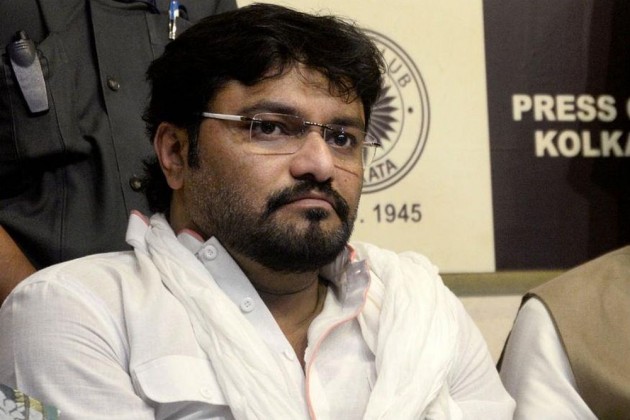 Singer-turned-politician Babul Supriyo, the former minister of state in the Narendra Modi government since 2014 who joined Mamata Banerjee’s Trinamool Congress (TMC) last month, is expected to submit his resignation from the membership of the Lok Sabha on October 19, a senior leader of the TMC said.

“Supriyo had sought an appointment with Speaker Om Birla and he has been given one on October 19 morning. He is scheduled to meet Birla at that time and submit his resignation,” said a TMC Lok Sabha MP who did not want to be named.

While Supriyo could not be reached over the phone, he had earlier informed the public through a social media post that he had sought the speaker’s appointment for tendering his resignation.
Supriyo had announced soon after joining the TMC on September 18 that he will resign as Lok Sabha MP from Asansol. He won from Asansol on a BJP ticket in 2014 and 2019.

His resignation would necessitate a bypoll in the Asansol constituency within six months, and the BJP does not have much hope of retaining the seat, at least going by the trend of this year’s assembly elections. Of the seven assembly segments that make up Asansol Lok Sabha constituency, the BJP won only one. Overall in the constituency, BJP was trailing the TMC by 87,839 votes, as per the March-April assembly election trend.

In the 2019 Lok Sabha election, the BJP won 18 seats and the TMC won 22, with the Congress managing to retain only two seats. However, ahead of the 2021 assembly elections, the TMC’s Bardhaman East MP Sunil Mondal joined the BJP, following rebel TMC minister Suvendu Adhikari. Adhikari’s father, Sisir Adhikari, a TMC Lok Sabha MP from Kanthi, appeared on the dais of a BJP event addressed by home minister Amit Shah and joined the party in March Dibyendu Adhikari, the TMC’s Tamluk MP and Suvendu’s brother, is inactive.

After the assembly election results, the TMC wrote to Speaker Om Birla seeking Mondal and Sisir Adhikari’s expulsion from the Lok Sabha, citing anti-defection laws. While the Speaker is yet to take a call on this, Mondal has been making repeated attempts to return to the Trinamool.