The commission headed by Justice Nanavati had given a clean chit to the then Narendra Modi-led Gujarat government with regard to the post-Godhra communal riots. 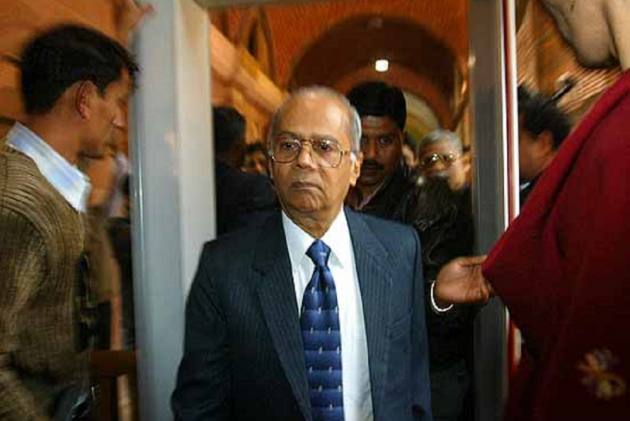 Justice Nanavati was the Head of the commissions which inquired into the 1984 anti-Sikh and 2002 post-Godhra riots. The commission headed by himhad given a clean chit to the then Narendra Modi-led Gujarat government with regard to the post-Godhra communal riots.

He was appointed as permanent Judge of the Gujarat High Court from July 19, 1979, and transferred to the Orissa High Court on December 14, 1993.

Nanavati was appointed as the chief justice of the Orissa High Court with effect from January 31, 1994.

He was transferred as Chief Justice of the Karnataka High Court from September 28, 1994. Nanavati was appointed as judge of the Supreme Court with effect from March 6, 1995, and retired on February 16, 2000.

After the burning of two coaches of Sabarmati Express at Godhra in which 59 `karsevaks' died and the subsequent riots in February 2002, then Gujarat Chief Minister Narendra Modi set up a one-member commission of Justice Nanavati for conducting inquiry.

It was to probe both the train burning incident and the subsequent communal violence in which over 1,000 people, mostly from the minority community, died.

The commission gave a clean chit to the then Modi-led state government with regard to the riots.

The riots were "not a pre-planned conspiracy or orchestrated violence," and there was no substance in allegation that state authorities turned a blind eye to the violence, the commission said.

Not did it find any evidence against "any religious or political party or organisations as such," though local members of the Vishva Hindu Parishad and Bajrang Dal took part in the incidents which happened in respective localities, the commission said.

Earlier, Justice Nanavati was appointed to a one-man commission to investigate the 1984 anti-Sikh riots by the BJP-led NDA government at the Centre in May 2000.

The commission said in its report, submitted in 2005, that there was "credible evidence" against then Union minister and Congress leader Jagdish Tytler, and also pointed to probable roles of various other Congress leaders.

The riots had broken out following the assassination of Prime Minister Indira Gandhi by her Sikh bodyguards on October 31, 1984.