Senior Congress leader and former Governor of Uttar Pradesh Aziz Qureshi allegedly referred to the Yogi Adityanath government in the state as a "blood-sucking demon". 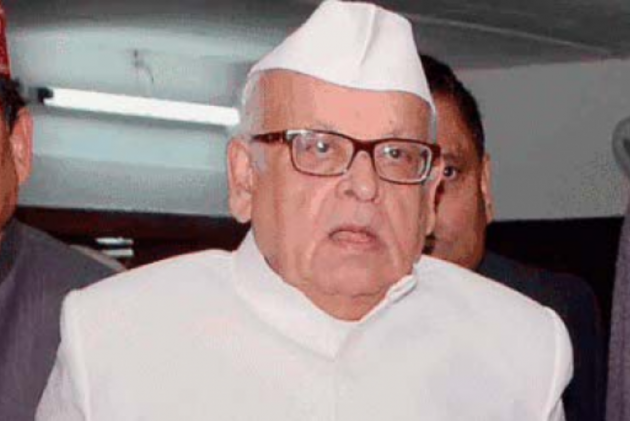 Senior Congress leader and former Governor of Uttar Pradesh Aziz Qureshi has been slapped with sedition charges for his alleged derogatory remarks against the Yogi Adityanath government. According to the FIR lodged against him, Qureshi called the BJP government in the state a "blood-sucking demon".

As per reports, Qureshi made the comment after outside Samajwadi Party leader Azam Khan's house. He had been visiting the latter's residence to meet with him and his wife Tazeen Fatma. Following the meeting, Qureshi interacted with reporters and allegedly made the "derogatory" statement.

An FIR was lodged against Qureshi at the Civil Lines Police Station in Rampur district on Sunday based on a complaint by BJP leader Akash Kumar Saxena. The latter claimed that Qureshi's words were divisive and could cause unrest between two communities.

"The statement can create tension between two communities and create unrest in the society," Mr Saxena said in his complaint.

The BJP leader also handed over to police a pen drive containing Mr Qureshi's alleged statement which was aired by various news channels.

Qureshi was charged under sections 153A (promoting enmity between two groups on grounds of religion, race), 153B (imputations, assertions prejudicial to national integration), 124A (sedition), and 505(1)(B) (intent to cause fear or alarm to the public), a senior police officer said.

Mr Qureshi (81), is a senior Congress leader and had served as the Governor of Mizoram from 2014 to 2015. He also had charge of Uttar Pradesh for some time.