The 75-year-old veteran CPI(M) leader has been suffering from Chronic Obstructive Pulmonary Disease (COPD) for quite some time. 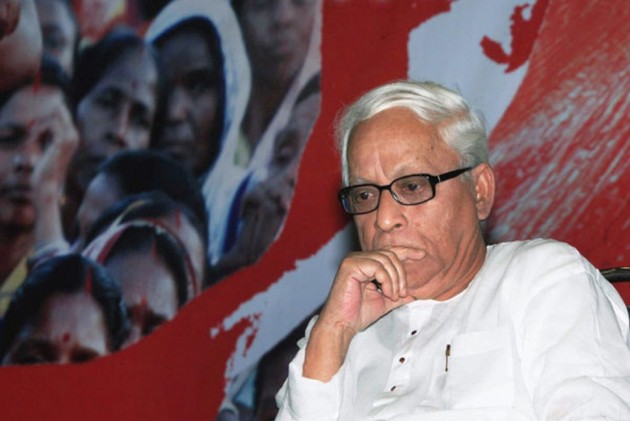 The condition of former West Bengal chief minister Buddhadeb Bhattacharjee, who was hospitalised last night after he complained of acute breathing problems, is stable, a senior hospital official said on Saturday.

The 75-year-old veteran CPI(M) leader has been suffering from Chronic Obstructive Pulmonary Disease (COPD) for quite some time.

He was rushed to hospital after he suffered an acute exacerbation of COPD and his blood pressure fell on Friday afternoon.

"Mr Bhattacharjee's condition has improved a lot. He is quite stable now. His parameters are better now," the senior official of the private hospital where the former chief minister is undergoing treatment told PTI.

Several tests were conducted on Bhattacharjee, she said, adding that his daughter was in the hospital the entire night.

An eight-member team of specialised doctors is monitoring his condition, the official said.

West Bengal Chief Minister Mamata Banerjee visited Bhattacharjee in the hospital on Friday and spoke to the doctors about his condition.

Bhattacharjee was the chief minister of West Bengal from 2000 to 2011. He stepped down from the CPI(M) politburo, central committee and the state secretariat due to ill health in 2018.

Lately, the veteran CPI(M) leader has been losing his vision.

His last public appearance was on February 3 this year during a Left Front mega rally at the Brigade Parade Grounds in Kolkata.