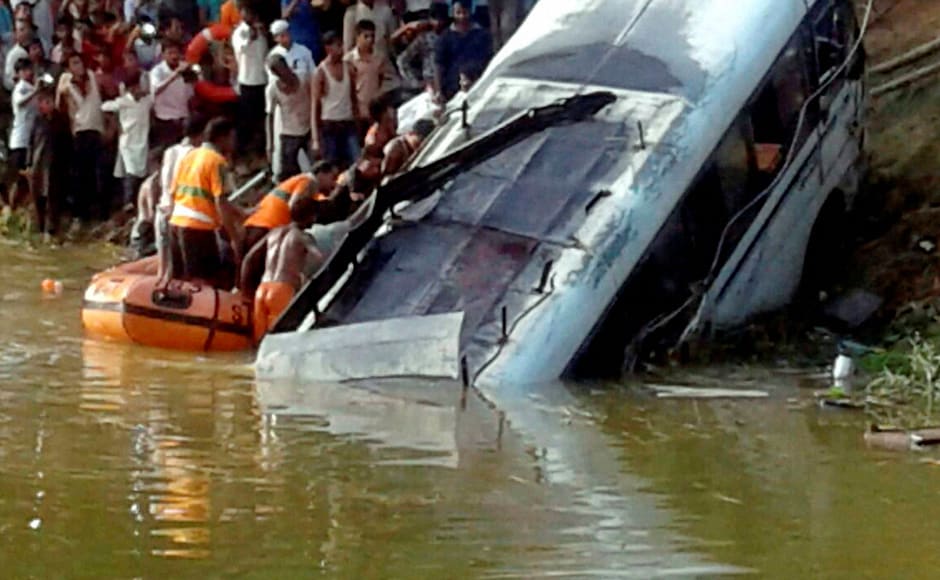 Police on Sunday confirmed death of four Indians after the vehicle they were travelling in crashed into a pond in southern Nepal's Rautahat district near the border with India.

It has been suspected that the driver and other occupants of the vehicle were under the influence of alcohol.

According to the officials, the driver lost control of the car, which bore an Indian number plate, on the Gaur-Chandrapur Road Section in Jhunkhunwa village, swerving into a pond late on Saturday night, officials said.

Security personnel tried rescue attempts, shattering the windshield of the submerged car but the victims were pronounced dead at a nearby hospital.

The deceased were identified based on identity cards found on them.

Rautahat Police contacted the Indian Police and sent photographs of the deceased to contact their families.

The kin of the deceased arrived at Rautahat on Sunday morning and confirmed the identities.

The police said the victims were returning home after celebrating Chhath puja at their their brother-in-law's home in Dewani Gonahi in the district. The family members had advised them against driving at night and wait till next morning.

The vehicle has been lifted out of the pond using a crane, further investigation is underway, police said.