Friendly Powers Joining Hands Is The Only Way To Rule Out 'Hegemony' In Indo-Pacific: France

French Embassy said Defense Minister Florence Parly's India visit symbolizes their 'centrality' in the French strategy designed for the Indo-Pacific region, alongside their real intention of helping India in strengthening defense industrial base. 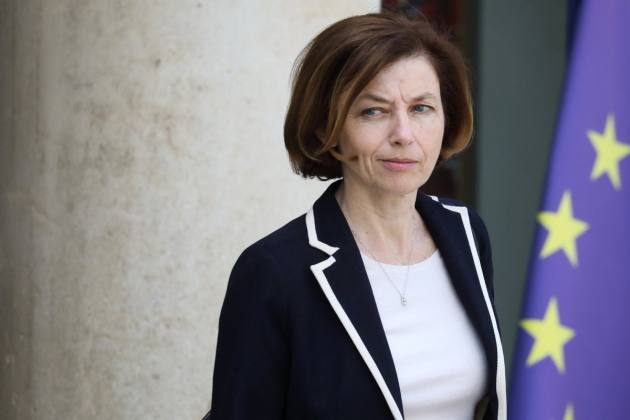 France on Thursday stated that the visit of Defence Minister Florence Parly to India highlights their "centrality" in the French strategy for the Indo-Pacific and urged the friendly powers to hoin hands and unitedly defend the rule of law and reject all forms of "hegemony" in the Indo-Pacific region.

According to the French Embassy, Parly is scheduled to hold extensive talks with Defence Minister Rajnath Singh on Friday regarding iissues like maritime security cooperation in the Indo-Pacific, industrial partnership and ways to deal with the threat of terrorism.

It said she will call on Prime Minister Narendra Modi and also meet NSA Ajit Doval particularly for discussions on regional security issues.

Parly visited India in September last year primarily to attend a ceremony in Ambala that was held to induct the first batch of five Rafale jets into the Indian Air Force.

The embassy said that since then, a total of 33 Rafale jets have been delivered to India "all perfectly on schedule despite the disruptions of the pandemic".

"The minister will reiterate France's commitment to strengthening India's defence industrial base and its willingness to offer the best of its technology with a high 'Make In India' component," it said.

In a statement, the embassy said she will be on an official visit to India on Friday to strengthen Indo-French strategic and defence ties.

"This visit highlights France's engagement in the Indo-Pacific and the centrality of India in the French strategy. It comes in the wake of several major bilateral air, navy, and army exercises this year," the embassy said.

"Minister Parly will stress France and India's joint commitment to answering the challenges of the Indo-Pacific by bringing together friendly powers to defend the rule of law, offering a positive agenda to the countries of the region, and rejecting all forms of hegemony," she said.

There have been growing global concerns over China's increasing military muscle-flexing in the Indo-Pacific region.

"In this respect, Minister Parly will detail the recently unveiled EU Strategy for Cooperation in the Indo-Pacific that brings a multiplier effect to this comprehensive approach for the region," the embassy said.

"Upon taking the presidency of the Council of the European Union on January 1, 2022, France will make the Indo-Pacific and India a key priority," it said.

The embassy said the "in-depth talks" she will have in India will cover all aspects of the wide-ranging Indo-French defence ties.

It said the areas to be covered in the talks will include operational defence cooperation, particularly maritime security in the Indo-Pacific, industrial and technological partnership in line with Make in India and counter-terrorism cooperation.

She will pay tribute to India's soldiers at the National War Memorial and offer her respects to CDS Gen Bipin Rawat who died in a helicopter crash, the embassy said.

It will be Parly's fourth visit to India since 2017.

The French minister will engage in a discussion organised by the Ananta Aspen Centre entitled 'How does France cooperate with India to defend a rules-based Indo-Pacific region?'.