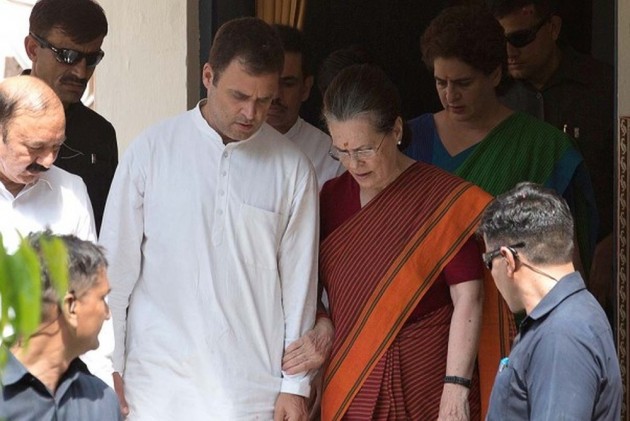 Congress chief Rahul Gandhi has taken it from his mother, Samajwadi Party founder Mulayam Singh Yadav from his son and outspoken actor-politician Shatrughan Sinha from his daughter -- family loans seems quite common among the politicians too.

In his Lok Sabha election affidavit, Rahul Gandhi has disclosed a "personal loan" of Rs 5 lakh from mother Sonia Gandhi, but has got no other loans in his name.

Sonia Gandhi, who is also fighting the election, has not disclosed any loan in her name.

On the other hand, Mulayam Singh Yadav, fighting polls from family bastion Mainpuri in Uttar Pradesh, has disclosed a loan of over Rs 2.13 crore from his son and former chief minister Akhilesh Yadav.

At the same time, the family patriarch has also disclosed the loans he has given to other family members -- Rs 6.75 lakh to his second wife Sadhana Yadav, Rs 43.7 lakh to son Prateek and Rs 9.8 lakh to another family member Mridula Yadav.

Shatrughan Sinha, who was formerly with the BJP and has now joined Congress in his electoral bid from Patna Sahib constituency in Bihar, has disclosed a loan of about Rs 10.6 crore from his daughter and actor Sonakshi Sinha. He has also himself extended loans/advances to his son Luv Sinha (Rs 10 lakh) and wife Poonam (about Rs 80 lakh), among others.

Poonam Sinha, who herself is in the electoral fray as the Samajwadi Party candidate from Lucknow in Uttar Pradesh, also has an outstanding loan of over Rs 16 crore due to her daughter Sonakshi.

She is pitted against senior BJP leader Rajnath Singh, who has not availed any loan.

Former Bihar chief minister Lalu Prasad Yadav's daughter Misha Bharti, who is the RJD candidate from Patliputra, has got no loans outstanding against her but her husband Shailesh Kumar has an ICICI Bank personal loan of Rs 9.85 lakh.

She has also disclosed loans/advances totalling Rs 28 lakh by her and Rs 2.9 crore by her husband, but no debtor has been identified.

Her BJP rival Ramkirpal Yadav has disclosed Rs 17.17 lakh education loan he has taken for his daughter.

Another high-profile BJP candidate from Bihar, union minister Giriraj Singh has disclosed a car loan of Rs 5.86 lakh for himself and a housing loan of Rs 26.5 lakh by his wife. In his election affidavit, he has listed 'other liabilities' of Rs 75 lakh in his name and of Rs 15 lakh for his wife.

Singh is pitted in the much-talked-about electoral battle against former JNU student leader Kanhaiya Kumar, who has not disclosed any bank or personal loans and has described himself as "jobless" with "independent writing" as his profession.

BJP candidate from Chandigarh Kirron Kher has taken Rs 25 lakh unsecured loan from her son Sikander Berry. She has also disclosed a car loan of over Rs 35 lakh and some unsecured business loans taken by her husband and popular actor Anupam Kher.

Congress candidate from South Mumbai Milind Deora has disclosed a 'non-interest bearing family advance' of over Rs 4.96 crore taken by his wife Pooja.