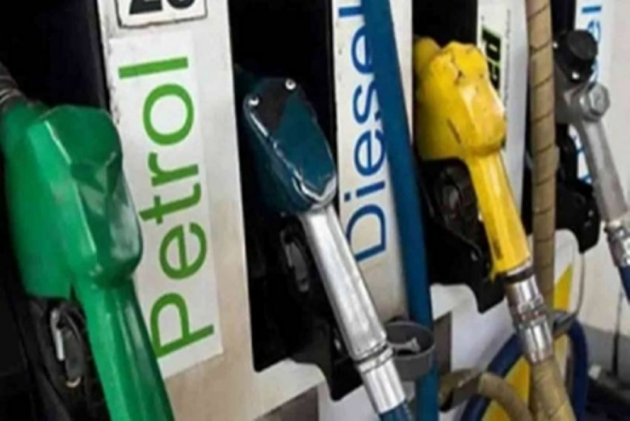 The petrol and diesel rates soared to the record highest in the country, as additional Rs 35 paise per litre was made to the fuel prices.

The petrol in capital Delhi rose to its highest-ever level Rs 105.14 a litre and Rs 111.09 per litre in Mumbai, according to a price notification of state-owned fuel retailers.

This is the second straight day of 35 paise per litre increase in petrol and diesel prices. There was no change in rates on October 12 and 13.

Since the ending of a three-week-long hiatus in rate revision in the last week of September, this is the 14th increase in petrol price and the 17th time that diesel rates have gone up.

While petrol price in most of the country is already above Rs 100-a-litre mark, diesel rates have crossed that level in a dozen states, including Madhya Pradesh, Rajasthan, Odisha, Andhra Pradesh, Telangana, Gujarat, Maharashtra, Chhattisgarh, Bihar, Kerala, Karnataka and Leh.

Shedding the modest price change policy, state-owned fuel retailers have since October 6 started passing on the larger incidence of cost to consumers.

This is because the international benchmark Brent crude is trading at USD 84.61 per barrel for the first time in seven years.

Being a net importer of oil, India prices petrol and diesel at rates equivalent to international prices.

The surge in international oil prices ended a three-week hiatus in rates on September 28 for petrol and September 24 for diesel.

Since then, diesel rates have gone up by Rs 5.25 per litre and petrol price has increased by Rs 4.25.

Before that, the petrol price was increased by Rs 11.44 a litre between May 4 and July 17. Diesel rate had gone up by Rs 9.14 during this period. (With PTI inputs)