Indian Army chief Gen Naravane has said that his force can take control of PoK if it gets orders from the political authority. 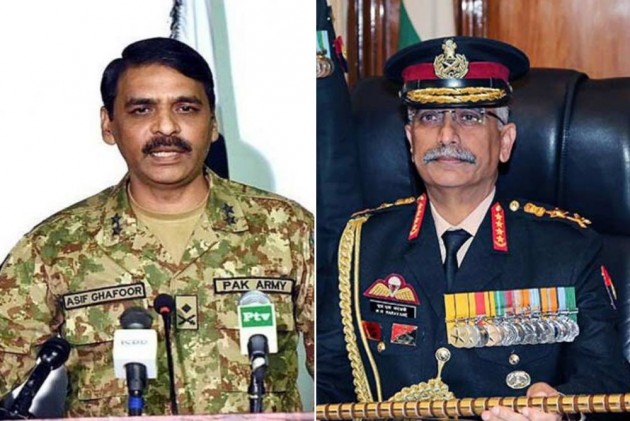 Pakistan Army on Saturday rejected the remarks by Indian Army Chief General Manoj Mukund Naravane to launch action across the Line of Control (LoC), saying it was fully prepared to respond to any act of Indian aggression.

At a press conference in New Delhi on Saturday ahead of the Army Day on January 15, Gen Naravane said that his force can take control of Pakistan-occupied Kashmir (PoK) if it gets orders from the political authority.

Pakistan Army also said that the statements made by the Indian Army chief usually are routine rhetoric for domestic audiences to get out of the internal turmoil.

"Statements by Indian Chief Of Army Staff (COAS) to undertake military action across LOC are routine rhetoric for domestic audiences to get out of ongoing internal turmoil,” Pakistan Army spokesman Major General Asif Ghafoor said in a tweet.

"Pakistan Armed Forces are fully prepared to respond to any act of Indian aggression,” he said.

A resolution by Parliament in February 1994 stated that Pakistan must vacate the areas of Jammu and Kashmir, which it has occupied through aggression, and resolved that all attempts made by Islamabad to interfere in India's internal affairs will be dealt with resolutely.

Pakistan has been unsuccessfully trying to drum up international support against India for withdrawing Jammu and Kashmir's special status on August 5 and bifurcating it into two union territories.