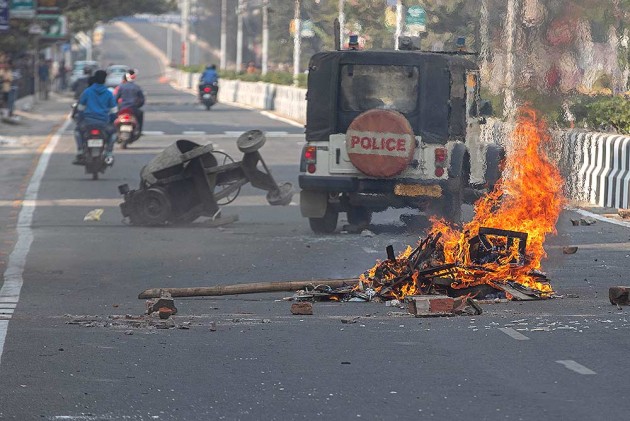 The United Nations' human rights body on Friday expressed concerns over India's amended citizenship law, which has triggered violent protests across the country, particularly in the northeast.

The UN said the new law was "fundamentally discriminatory" in nature.

"The amended law would appear to undermine the commitment to equality before the law enshrined in India's Constitution and India's obligations under the International Covenant on Civil and Political Rights and the Convention for the Elimination of Racial Discrimination, to which Indian is a State party, which prohibit discrimination based on racial, ethnic or religious grounds," he said.

The Ministry of External Affairs in New Delhi has said the new law provides expedited consideration for Indian citizenship to persecuted religious minorities already in India from certain contiguous countries.

It asserted that every nation has the right to enumerate and validate its citizenry, and to exercise the prerogative through various policies.

Assam, Tripura, Meghalaya and parts of Arunachal Pradesh have been witnessing large-scale protests in the last two days with thousands of people hitting the streets defying prohibitory orders to demand scrapping of the contentious law.

At least two persons died due to bullet injuries on Thursday after police opened fire on protesters in Guwahati, capital of Assam.

Laurence said although India's broader naturalisation laws remain in place, these amendments will have a discriminatory effect on people's access to nationality.

All migrants, regardless of their migration status, are entitled to respect, protection and fulfilment of their human rights, he said.

"Just 12 months ago India endorsed the Global Compact for Safe, Regular and Orderly Migration, which commits States to respond to the needs of migrants in situations of vulnerability, avoiding arbitrary detention and collective expulsions and ensuring that all migration governance measures are human rights-based," Laurence said in a statement.

The spokesman said while the goal of protecting persecuted groups was welcome, this should be done through a robust national asylum system that is premised on the principle of equality and non-discrimination.

He said it should apply to all people in need of protection from persecution and other human rights violations, with no distinction as to race, religion, national origin or other prohibited grounds.

"We understand the new law will be reviewed by the Supreme Court of India and hope it will consider carefully the compatibility of the law with India's international human rights obligations," Laurence said.