Gandhinagar Is Child's Play For Amit Shah, But Not Without Its Irritants

That the Patidar factor continues to haunt the BJP is also clear from the initiative taken by a US and Canada-based organization of Patidars, called Pratham Gujarat Abhiyaan (Gujarat First Campaign), to launch a campaign of sorts against Amit Shah. 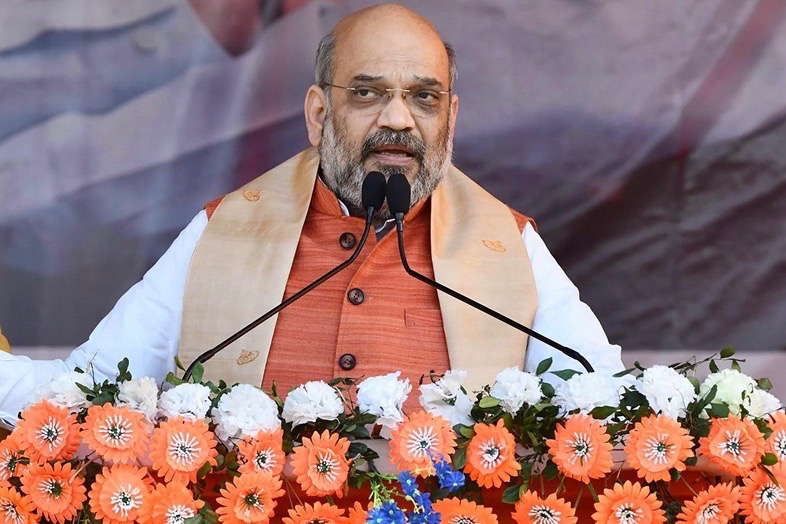 For Amit Shah, contesting from Gandhinagar Lok Sabha constituency is like changing the bed rooms in the same house that he grew up in.

Shah has been winning from the Sarkhej and Naranpura assembly seats under Gandhinagar since five consecutive assembly elections till 2012, and posted huge victory margins every time.

Besides this, he has been the campaign manager for LK Advani, who has won hands down in this seat for six Lok Sabha elections, with five of them in a row. In 2014, Advani won by a huge margin of 4.83 lakh votes.

And then Gandhinagar is also a formidable BJP bastion because five out of seven assembly segments under the constituency have legislators from the ruling party, while only two are with the Congress.

Since Gandhinagar also falls in North Gujarat, besides two Ahmedabad seats of Ahmedabad East and Ahmedabad West, Shah’s contesting from here is also likely to have a positive impact in the key seats here.

But still, there is a key change between 2014 -- when the BJP won all 26 Lok Sabha seats in Gujarat when the party’s prime ministerial candidate Narendra Modi was surging ahead towards the national capital -- and in 2019 when the party faces an upbeat Congress party on the back of its hugely improved performance in the 2017 assembly elections where its score of 77 was the best ever since Narendra Modi came to power in Gujarat in 2001, and BJP’s 99 its lowest.

Earlier, because of national leader Advani contesting, the traditional rivalry between the camp of Amit Shah and the group of former chief minister Anandiben Patel remained in check and the party unitedly went to the polls. But this time since Advani is not there, the enmity between the two groups might come to the fore, especially because Amit Shah himself is the candidate.

The first indication came to the surface when Anandiben Patel, at present Governor of Madhya Pradesh, spent a week in Ahmedabad just when the BJP was discussing the list of probable candidates. In fact, banners and posters advocating Anandiben Patel for Gandhinagar seat cropped up at several places, including in her assembly constituency falling under the same seat. This was quickly matched by a similar show by the Amit Shah camp.

From the perspective of the BJP, Amit Shah himself being in the electoral fray is a clear indication that things are not hunky-dory this time around, and the party’s dream of pocketing all the 26 seats yet again looks an uphill task.

The evidence lies in the outcome of the 2017 assembly elections in Gujarat, which if extrapolated, suggests the BJP was trailing in at least eight seats, while there is a tough battle in three more.

An upbeat Congress, on the other hand, is in no mood to give up this time. On February 14, Rahul Gandhi started his election campaign from Dharampur in South Gujarat, from where Indira Gandhi, Rajiv Gandhi and Sonia Gandhi launched their campaign.

The party also held a crucial meeting of the Congress Working Committee, which is its highest decision-making arm, in Ahmedabad, where Priyanka Gandhi made her first political speech at a rally and firebrand Patidar leader Hardik Patel, whose pitched battle for reservations for his community played a key role in Congress drastically improving its performance in the 2017 assembly elections, formally joined the party.

That the Patidar factor continues to haunt the BJP is also clear from the initiative taken by a US and Canada-based organization of Patidars, called Pratham Gujarat Abhiyaan (Gujarat First Campaign), to launch a campaign of sorts against Amit Shah. According to Dakshesh Patel of the PGA, they have set up a call centre in New York which will be managed by a team of 15 persons who will devote seven hours every day for this work.

The organization would contact Patidar friends and relatives across the Gandhinagar constituency to vote against Amit Shah to teach the BJP “a lesson for the police atrocities” unleashed on the community at the peak of the Hardik Patel-led Patidar agitation. It may be recalled that 14 Patidar youngsters lost their lives in police firing in August 2015 soon after Hardik’s massive rally at the GMDC Grounds in Ahmedabad on August 25 that year.

The organization would also appeal to Patidars living in other countries, besides US and Canada, to tell their friends and relatives in Gujarat to vote against Amit Shah. “If they don’t want to vote for the Congress candidate, they may choose the NOTA (None Of The Above) option but not BJP or Amit Shah,” according to Dakshesh Patel.