Locals spotted Sonia Gandhi and Priyanka Gandhi taking a stroll and enjoying the cool environment in the backwards of the cottage engulfed in white clouds. 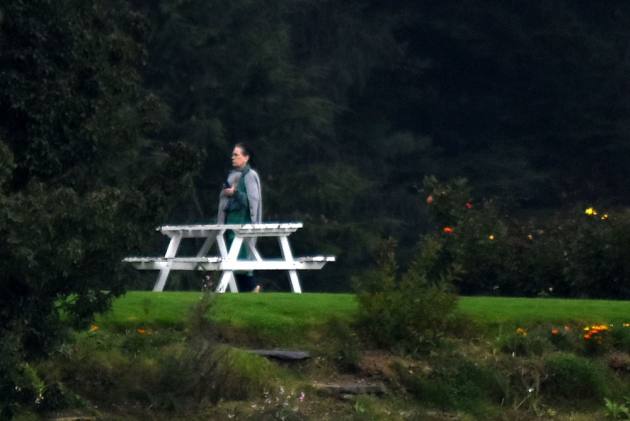 Being in Shimla in the post-monsoon days is considered a double-delight for Gandhis—Sonia Gandhi, Rahul Gandhi and Priyanka Gandhi Vadra, all together perhaps for the first time at the Vadra’s ever since the construction of the two-storey cottage in the green mountain surrounding.

After Sonia Gandhi had reached Shimla and drove straight to Chharabra , 16 km from Shimla, Rahul Gandhi also joined the family as Priyanka Gandhi, her husband Robert Vadra and kids were already camping in the town.

Locals spotted Sonia Gandhi and Priyanka Gandhi Vadra taking a stroll and enjoying the cool environment in the backwards of the cottage engulfed in white clouds moving quickly with the winds and providing a mesmerizing view of the hills, deodars and Cedars.

The cottage has an ideal location in the high security zone near ‘The Retreat’ –Rashatrapati Bhawan’s summer holiday resort. 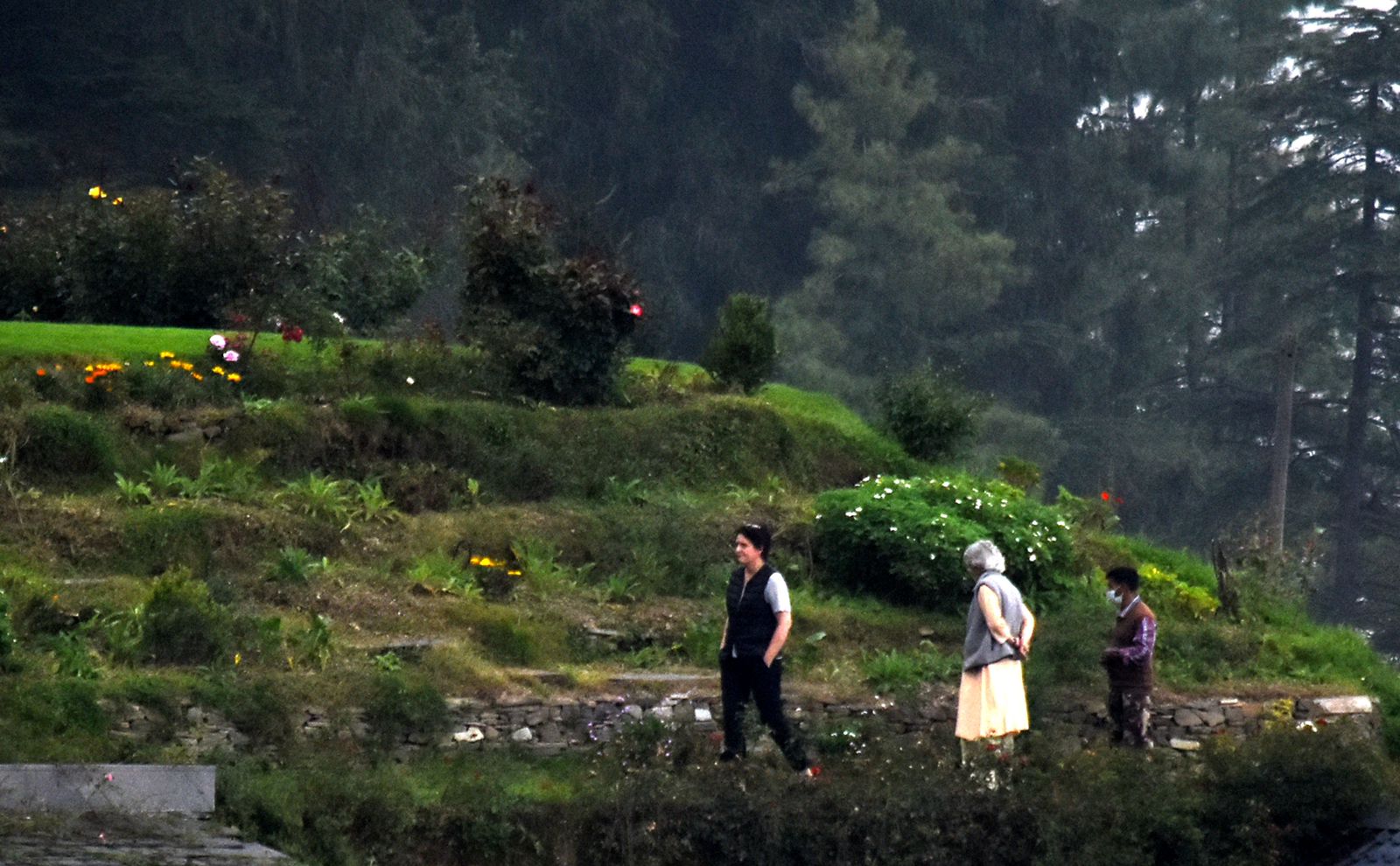 Priyanka Gandhi Vadra takes a stroll around her cottage near shimla

Last week, President Ram Nath Kovind could not stay at ‘the Retreat’ following some staff members of the Rashtrapati Bhawan, who were deployed for him ahead of his tour, were tested positivefor Covid-19 and were quarantined along with around 53 others.

A native of Chharabra, who had clicked some photographs on Monday evening said the morning atmosphere around the Cottage was really fascinating after light rains and cloudy sky with shining deodars— a perfect holiday for the family as Rahul Gandhi also came out and looked relaxed.

He had reached Shimla around 3.30 pm after attending the swearing in ceremony of Punjab Chief minister Charanjit Singh Channi earlier in the day. He is likely to stay for two more days, officials in the administration revealed.

Shimla’s temperature has already dropped by a few degrees in the past 24 hours and was recorded as 15.5 degrees this morning, white fog rolling over the houses.

Union minister for Commerce and Industry Piyush Goyal is also slated to arrive in Shimla this week on an official tour, BJP sources said.