State Chief Minister Pramod Sawant said the SOP was issued by mistake and his government understood the sentiments of people, as everyone wanted priests to come to their homes and perform rituals. 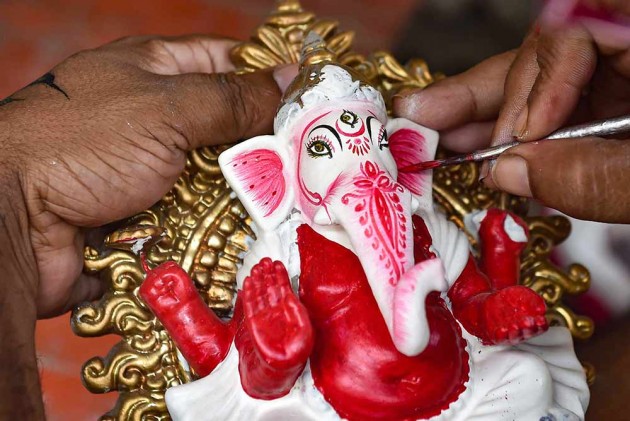 Hours after issuing standard operating procedures for Ganesh Chaturthi celebrations in Goa, the government on Tuesday withdrew the SOPs ahead of the 10-day Hindu festival.

The SOPs, which were released on Tuesday, prohibited priests from visiting homes for rituals. It also banned households with Covid-19 patients or even those with members quarantining from inviting guests or visiting others, within hours of it being issued.

However, the SOPs were withdrawn hours after they were released in the face of backlash. Goa Chief Minister Pramod Sawant, in fact, said that the SOP was issued by mistake.

Ahead Of Ganesh Chaturthi, Mumbai Sees Spike In Covid Cases In September: BMC . 1 day ago

He said that the Goa government understood the sentiments of people, as everyone wanted priests to come to their homes and perform rituals.

"The guidelines of the Experts' Committee (on COVID-19 restrictions) were circulated as the SOP by mistake. We don't have to issue a new SOP as guidelines to curb COVID-19 are in place. I appeal to people to follow those guidelines," Sawant said.

On the contentious point about banning priests from visiting homes and asking people to observe rituals using technology, the CM said, "I understand the sentiments of the people. Everyone wants priests to come to their place and perform rituals."

The SOP issued on Tuesday evening laid down that priests could conduct online puja, and also appealed to families to perform rituals associated with the festival by "using various technologies like Youtube or Whatsapp videos".

Officials had said 'sarvajanik Ganeshotsav', or public festivities, may be permitted by local bodies on a case to case basis with adherence to all COVID-19 norms, including the use of masks and sanitisers, deployment of thermal screening equipment, and maintenance of social distancing.
"Family with person in Home Quarantine or in Home Isolation shall neither host anyone in their houses or visit any other person outside their house,” the SOP had stated.

The immersion of idols will take place in a staggered manner between 5pm to 10pm, the now withdrawn SOP had added.