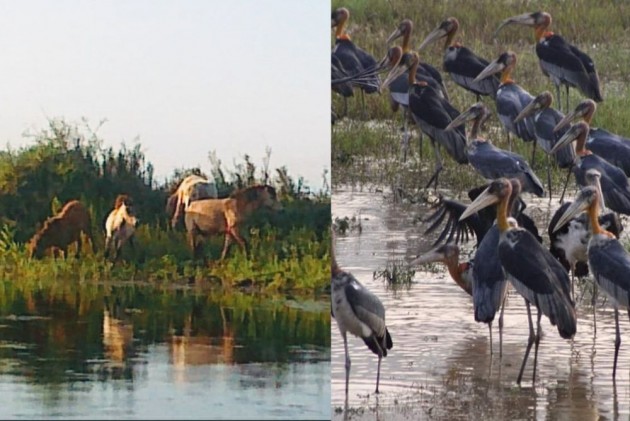 "After hearing the counsels, the Hon'ble Division Bench of the Gauhati High Court stayed the environmental clearance dated on May 11 this year for non compliance of the Supreme Court order of September 7, 2017," the petitioners' advocate Debajit Kumar Das told PTI.

As per the Supreme Court order, Oil India Ltd (OIL) was required to conduct the Bio Diversity Impact Assessment Study, he added.

"The division bench of Gauhati High Court was prima facie satisfied that OIL had failed to carry out the assessment study. So it stayed exploration and drilling of seven hydrocarbon projects in the Dibru-Saikhowa National Park," said Rakhee Sirauthia Chowdhury, another advocate of the petitioners.

The ministry of environment, forest and climate change had accorded environmental clearance to OIL for drilling and testing of hydrocarbons at seven locations under Dibru-Saikhowa National Park, north west of Baghjan in Tinsukia district.