Credited with reforming the educational infrastructure in the national capital, Atishi is AAP's candidate against Gautam Gambhir in the East Delhi Lok Sabha constituency. 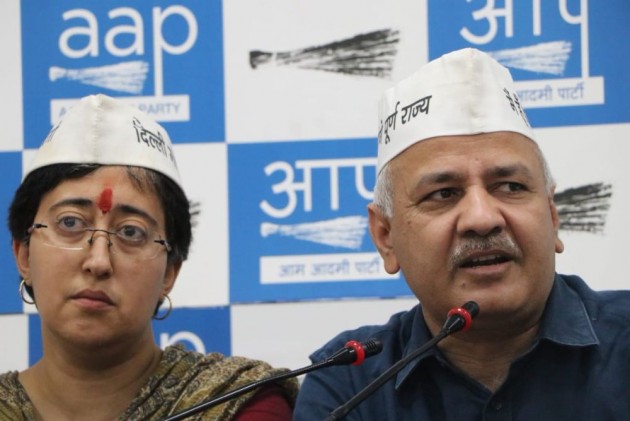 Credited with reforming the educational infrastructure in the national capital, Atishi is AAP's candidate against Gambhir in the East Delhi constituency.

In a press conference, where Atishi broke down after reading the content of the pamphlet, deputy chief minister Manish Sisodia said, "Language in this pamphlet is so abusive and low that everybody will feel ashamed while reading it."

A Hard Truth In Indian Politics: Men Feel Threatened By Women Who Are Intelligent, Single And Independent, Says Nagma

Later, Aatishi asked Gambhir how the former cricketer would ensure the safety of women in his constituency if he can stoop so low to defeat a strong woman like me.

Delhi Chief Minister Arvind Kejriwal stood by Atishi, and in a tweet wrote he never imagined "Gautam Gambhir would stoop so low".

Never imagined Gautam Gambhir to stoop so low. How can women expect safety if people wid such mentality are voted in?

Atishi, stay strong. I can imagine how difficult it must be for u. It is precisely this kind of forces we have to fight against. https://t.co/vcYObWNK6y

"How can women expect safety if people wid such mentality are voted in? Atishi, stay strong. I can imagine how difficult it must be for u. It is precisely this kind of forces we have to fight against," Kejriwal wrote.

Gambhir took to Twitter to dismiss AAP's allegations and declared he would withdraw his candidature if it is proven that he was behind the circulation of offensive pamphlets.

The former cricketer also took aim at Kejriwal, alleging that the Delhi CM was behind the entire episode.

My Challenge no.2 @ArvindKejriwal @AtishiAAP
I declare that if its proven that I did it, I will withdraw my candidature right now. If not, will u quit politics?