The 16-year-old girl had left her house on December 28 and reports mention that her body was later found with her head, breasts and hands chopped off. 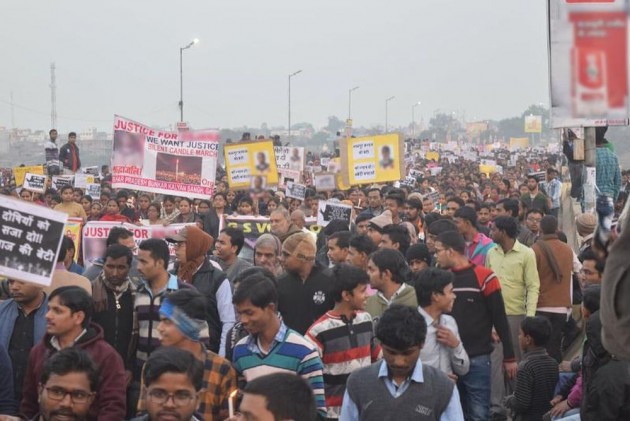 In Bihar's Gaya, people have taken to streets to protest against what they allege is police inaction in a case where the mutilated body of a minor was found on Sunday.

The 16-year-old girl had left her house on December 28 and reports mention that her body was later found with her head, breasts and hands chopped off. The family has also alleged rape while the police calls it a case of 'honour killing' and has registered a case against the girl's father who is in custody at the moment.

People from Patwatoli in Gaya allege that the police have 'fed the media' the honour killing version and that they are trying to cover up the crime. The police say that they have detained people in connection with the incident. The girl's family is said to have recognised her from the anklet on her leg and the clothes she wore. 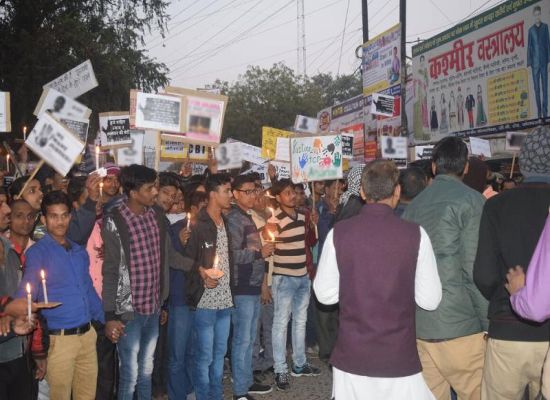 Candle-light marches have taken place in several parts of Bihar. Her neighbour from Patwatodi, Gaya, told Outlook that a silent march had taken place from Patwatodi to Gaya Chowk on Wednesday in protest and there have been several in other parts of state as well, including the capital Patna.

"We have submitted a statement by the sisters of the deceased in court in which they have said that their sister went missing on December 28 and was back home on December 31. That night, her father sent her away with a friend and then we found the body on the 6th of January. Family is not in our custody at the moment, only the father. We haven't got the post-mortem report yet. We've requested the doctors for it, they're taking time since the body was old," Rajeev Mishra, Senior Superintendent of Police, Gaya, said.

Activists allege that the girl's family had been taken into custody by the police who are trying to silence them while the culprits who had been detained have been released. The police tell Outlook that only the father is in their custody at the moment. "Higher authorities and the police are manufacturing stories and the media is reporting it," says a neighbour, who did not wish to be named. He mentions that report of the post-mortem, due on the 9th of January, has still not been released yet.

He also says that there is CCTV footage of the deceased leaving her house on December 28, following which she hadn't been seen. The report mentions the family saying that the girl went missing from her house on December 28, and alleging that the police did not act with alacrity. Her body was found on Sunday, January 6. The police reportedly say the women in the family mention that the girl had returned home on December 31, only to be sent away by her father with a man known to them at 10 p.m., the same night.

"A day before, the police picked up boot-leggers and said they were butchers," another neighbour mentions, asking why there is no CCTV footage of her returning. He mentions that the family are daily wage labourers in one of the many cotton factories have a dominant presence of the Patwa community, to which the victim belongs. He fears for his life, however, saying he had switched off his phone due to the constant threats. He adds that he left Gaya fearing for his safety. "Goons were looking for me yesterday, brandishing guns," he says.