The untimely demise of Chief of Defence Staff (CDS) General Bipin Rawat has raised questions around who the next CDS would be. From General Naravane to Air Chief Marshal RKS Bhadauria, here are a few names for the post that have been doing rounds. 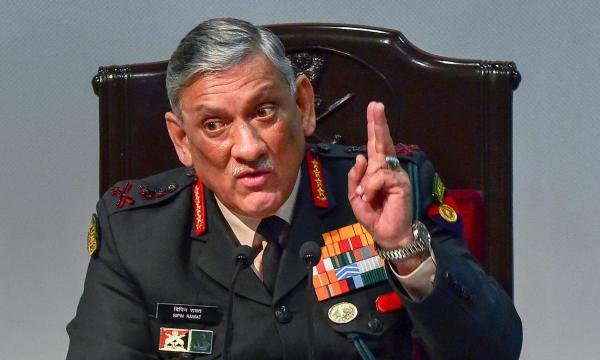 With the untimely death of Chief of Defence Staff General Bipin Rawat in a chopper crash on Wednesday in Tamil Nadu, the question rises -- who will be filling the void in the military hierarchy, next? Even as the Cabinet Committee on Security led by Prime Minister Narendra Modi met on the evening of December 8, the government is yet to make any official announcement of any name. Several names for the post have been doing rounds and according to several reports, it is believed that the government is likely to announce a successor in the next week.

General Rawat, his wife Madhulika Rawat along with 11 other Army officials were killed in a Mi17-V5 chopper crash in Coonoor in Tamil Nadu. The final rites of India’s first chief of defence staff (CDS) General Bipin Rawat were performed at the Brar Square crematorium in Delhi Cantonment on Friday. Group Captain Varun Singh has been the lone survivor of the crash.

Any commanding officer of the three services - Indian Army, Indian Air Force (IAF) and Indian Navy - is eligible to be appointed as the CDS. Additionally, the government considers the merit-cum-seniority of the officer and the person holding the post of CDS should not be older than 65.

Among the many names, here are a few ones that are being considered frontrunners for the CDS post.

1. General Manoj Mukund Naravane: General MM Naravane’s name comes first as a successor of General Rawat. Naravane is the senior-most in the military and took charge as the 27th Chief of the Army Staff (COAS) on December 31, 2019. Prior to serving as the COAS, he was the 40th Vice Chief of Army Staff, General Officer Commanding-in-Chief of Eastern Command and General Officer Commanding-in-Chief of Army Training Command. Naravane is slated to retire in April 2022, however, he could still serve as the CDS till 65 years of age.

4. Navy chief Admiral R Hari Kumar: Admiral Radhakrishnan Hari Kumar serves as the 25th Chief of the Naval Staff (CNS) of the Indian Navy. He took office on November 30, 2021, after the superannuation of Admiral Karambir Singh. Prior to this, he served as the Flag Officer Commanding-in-Chief, Western Naval Command. Kumar was commissioned into the Indian Navy on January 1, 1983. He has also served as the Vice Chief of Defence Staff, Chief of Personnel, the Flag Officer Commanding Western Fleet, and as the Chief of the Staff of the Western Naval Command.