George Fernandes was the founder of the Samata Party and rose to fame as an anti-Emergency crusader and civil rights activists. 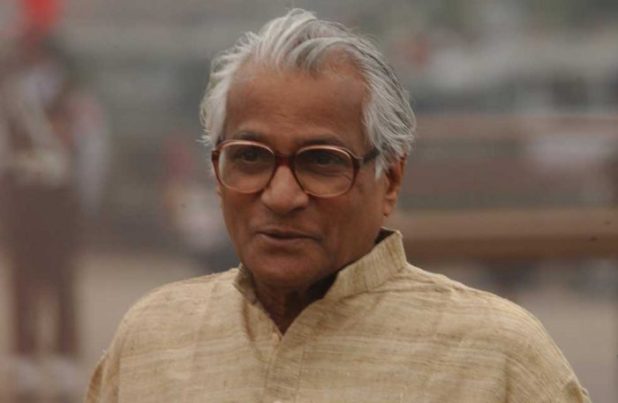 Former Defence Minister George Fernandes, long-time socialist and a trade unionist, who fought the Congress all his life died on Tuesday after prolonged illness. He was 88.

Fernandes, who was suffering from Alzheimer's disease, has been out of the public eye and has been bed-ridden for more than eight years.

He had a cold and cough and was taken to the Max Hospital in Saket by his wife, Liela Fernandes, earlier in the day, when doctors said that the veteran leader was already dead.

The Fate Of Man

Assist Us In Our Democratic Duty'

'If It Were China, They Would Have Settled It With One Bullet In His Head'

His son, who lives in New York, is expected back in a day or two, after which the funeral will take place, the sources said.

Fernandes, a long-time socialist, rose to political prominence when he led the Bombay Taxi Unions Association and defeated "uncrowned king of Bombay" S.K. Patil, a Congress heavy-weight in the 1967 general election.

A fire-brand and hardworking Fernandes organised a nationwide railway strike in 1974. Workers from all over the country joined the strike.

During the period of Emergency in 1975, Fernandes went underground and was arrested in tried in Baroda dynamite case.

He was the industry minister under the Jan Sangh government which had defeated former prime minster Indira Gandhi in 1977.

He served as Railways Minister in the V.P. Singh government from 1989 to 1990. He was instrumental in setting up the Konkan Railway project, connecting Mangalore and Bombay.

In 1994, Fernandes formed the Samata Party, which later allied with the Bharatiya Janata Party. He was appointed convenor of the National Democratic Alliance (NDA) and served as the Defence Minister in the Atal Bihari Vajpayee government for two terms, between 1998 and 2004.

Fernandes oversaw the Pokhran nuclear tests of 1998 and the Kargil war in 1999. He was also famous for taking frequent trips to the Siachen glacier to look after the well being of the soldiers deployed there and providing facilities such as snow scooters to them cutting down the bureaucracy of his ministry.