'The first lesson of Lord Ram is –'speak the truth' which you have never done in your life,' said Adityanath, hitting out at Rahul Gandhi. 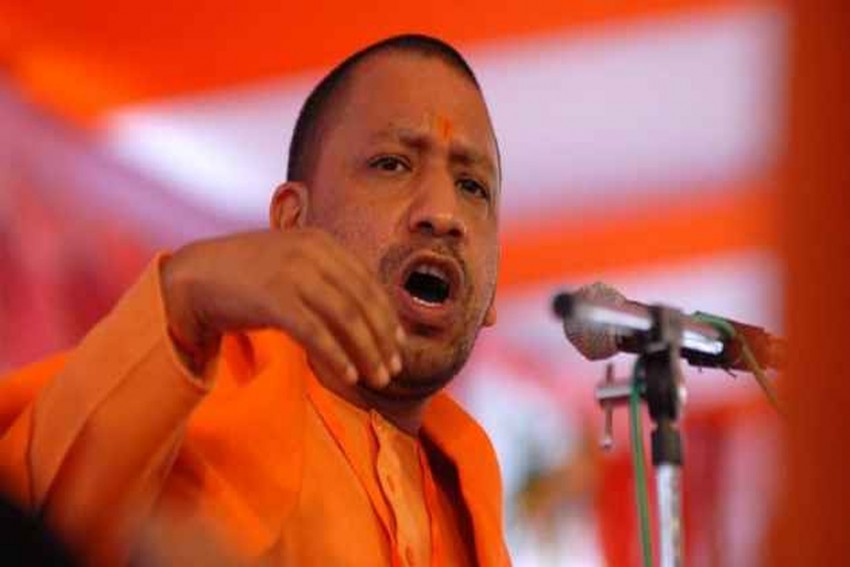 Hitting out at Rahul Gandhi over his tweet on the Ghaziabad incident of an elderly Muslim man being thrashed, Uttar Pradesh Chief Minister Yogi Adityanath on Tuesday asked the Congress leader to stop defaming and humiliating the people of the state.

“You should be ashamed that even after telling the truth by police you are spreading poison in society. In the greed of power, (you) are shaming humanity. Stop humiliating and defaming the people of Uttar Pradesh,” the chief minister tweeted in Hindi.

The Ghaziabad police have ruled out any communal angle in the incident, saying Sufi Abdul Samad was attacked by six men - Hindus and Muslims - who were unhappy over the amulets he had sold to them.

Tagging Gandhi's tweet on the incident, Adityanath said, “The first lesson of Lord Ram is –'speak the truth' which you have never done in your life.”

Earlier in the day, Gandhi had tweeted, "I am not willing to accept that true devotees of Lord Ram can do such a thing."

"Such cruelty is far removed from humanity and is shameful for both society and religion," the former Congress chief tweeted in Hindi tagging a report on the Ghaziabad incident.

Senior Superintendent of Police Amit Pathak said the arrested youth have been identified as Kalloo and Adil. Apart from them, Polly, Arif, Mushahid and Parvesh Gurjar were also involved in the incident.

The Ghaziabad police had earlier arrested Gurjar, who owns the house where the alleged incident took place.

A purported video which went viral on social media shows four men beating Samad up, chopping his beard and asking him to chant 'Jai Shri Ram' in the Loni area of Ghaziabad.

However, in his complaint, Samad did not mention that his beard was cut and he was compelled to chant 'Jai Shri Ram'.

Samad also practised occultism and had sold some amulets to Gurjar, purportedly to free one of his family members from some "evil effect" but a dispute arose between the two as there was no desired result of the amulet, Superintendent of Police rural Iraj Raja said.

Showing his injuries in the video, Samad has said he was abducted from Gokulpuri area when he took an auto for Loni in Ghaziabad.