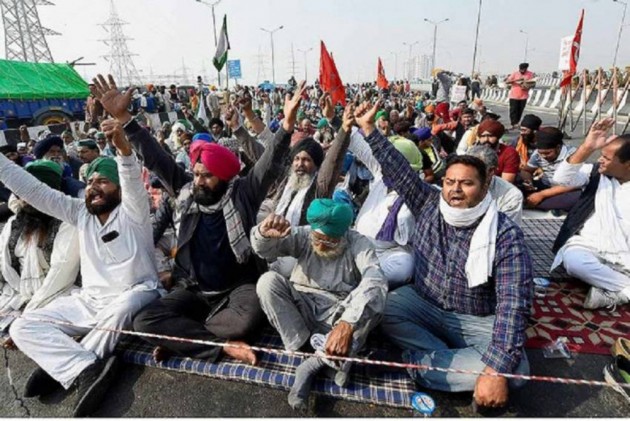 Amid a deadlock between the Centre and many farm unions over the new agriculture legislations, clashes broke out between a group of BJP workers and farm law protesters on Wednesday at Ghaziabad near the Delhi-Uttar Pradesh border.

According to eyewitnesses, violence broke out near the Delhi-Meerut Expressway at around noon today when a group of BJP workers, while organising a procession to welcome their leader Amit Valmiki clashed with Bharatiya Kisan Union (BKU) supporters.

As the two groups crossed paths, a scuffle broke out with many of them fighting each other with sticks leading to many people getting injured, eyewitnesses said.

'As Undeclared Emergency': Farmers To Mark 7 Months Of Agitation On June 26

BKU members and many other protesting farmers have been camping at the Delhi-Meerut Expressway seeking a repeal of the Centre’s new laws since last year.

Videos and pictures surfaced on social media, purportedly showing some damaged vehicles which were part of a cavalcade of Valmiki.

Farmer leaders, however, alleged that the episode was another “conspiracy by the government” to quell the protest against the three contentious farm laws and give it a bad name.

Samyukta Kisan Morcha spokesperson Jagtar Singh Bajwa claimed that the farmers at the Ghazipur border informed the district administration and government officials to remove the party workers as they were creating a ruckus in the name of a welcome rally.

"They misbehaved with farmers and themselves damaged their vehicles as part of a conspiracy. This conspiracy of the government is not going to succeed because such tactics to end the farmers' protest have been used in the past too," Bajwa said.

"We are going to lodge a complaint with the police over today's (Wednesday's) incident, and if no action is taken, we shall plan our future strategy accordingly," he added.

"We condemn the ruckus created by the BJP workers," Bajwa said, adding that such tactics won't work as the farmers' movement has been going on peacefully for the last seven months and will continue to do so in the future.