Mohar Singh, hailing from Baghpat district was rushed to a nearby hospital where the doctors declared him brought dead, an official said. 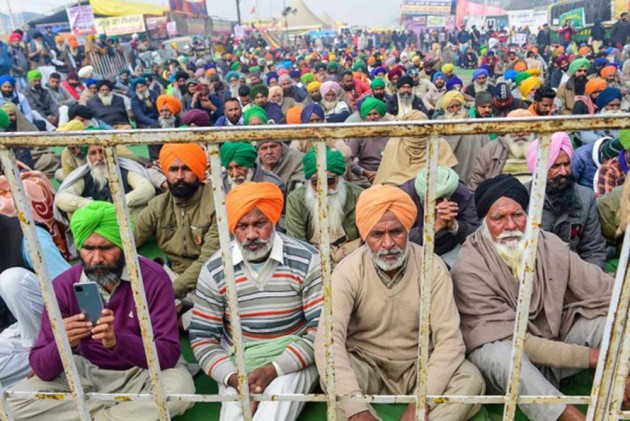 A 57-year-old farmer died of heart attack while protesting the Centre’s new farm laws at the Ghazipur border on Friday.

Mohar Singh, a resident of Bhagwanpur Nangal village in Baghpat district was rushed to a nearby hospital where the doctors declared him brought dead, an official said.

Indirapuram DSP Anshu Jain told PTI that as per medical information, the farmer died due to a heart attack.

Hopeful Of Positive Outcome, Not An Astrologer: Narendra Singh Tomar On Jan 4 Meet With Farmers

Commenting on the incident, the state president of the Bhartiya Kisan Union (BKU), Rajbir Singh, said all the farmers who died during the protest must be declared as a martyr.

The body was wrapped in a BKU flag. BKU leader Rakesh Tikait paid homage to the deceased.
On New Year’s eve, a tribute was paid to all farmers who died during the protest. A candlelight march was also held.