‘I would like to tell the residents of East Delhi that this is just the beginning and we will not give up till we completely do away with this gigantic dump,’ Gautam Gambhir asserted. 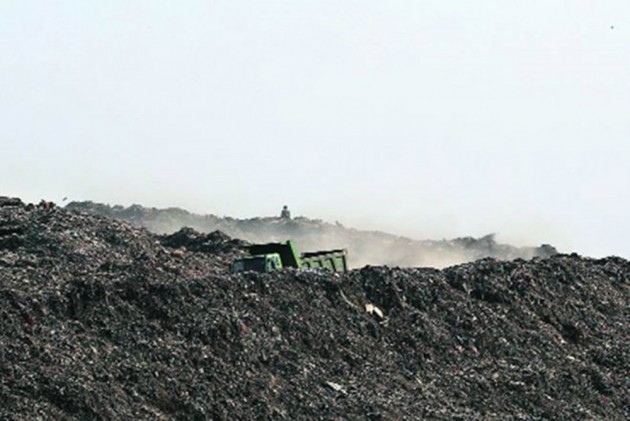 The height of the Ghazipur landfill has reduced by 12 metres due to sustained efforts made in the last one year, claimed East Delhi BJP MP Gautam Gambhir, who is closely associated with the project.

The landfill site where garbage from East Delhi Municipal Corporation (EDMC) areas is dumped, was saturated since 2002 and had attained a height of 65 metres, said the BJP MP.

"Since day one of becoming East Delhi MP, my top priority has been to ensure a substantial reduction in the Ghazipur landfill which is a source of pollution and misery for the people of the constituency," he said.

Multiple meetings with various authorities, use of crores of rupees from my MP LAD fund and tremendous efforts put in by EDMC, have finally helped reduce the height of the landfill by 12 metres, he said.

"After almost one and a half years we are finally witnessing the initial results of our hard labour and the garbage mountain is diminishing. I would like to tell the residents of East Delhi that this is just the beginning and we will not give up till we completely remove this gigantic dump," Gautam Gambhir asserted.

Arrangements were made to transport the inert material to NTPC Badarpur, while the refuse derivative fuel (RDF) was sent to a waste to energy plant, he said.