"Karnad carried the richness and depth of Indian civilisation more nobly and less self-consciously than anyone else," Ramchandra Guha told Outlook. 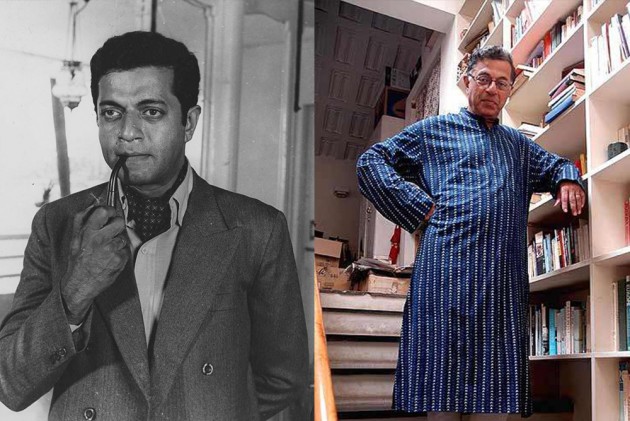 Historian and writer Ramachandra Guha had described veteran actor, playwright, and Jnanpith awardee Girish Karnad as a "quiet patriot" in one of his pieces last year.

On Monday morning, 81-year-old Karnad breathed his last in Bengaluru after battling ailments, including breathing problem for some time now.

"Karnad carried the richness and depth of Indian civilisation more nobly and less self-consciously than anyone else," Guha told Outlook.

The Ink Is Still Wet: When Girish Karnad Directed A New Play After 35 Years

Girish Karnad: The Myths Within Myths

Easily,  he was "the most influential playwright of independent India" who never believed in "mindless nationalism that we are seeing today."

"Look at the greatness of his politics... He never paraded it. He believed in plural and tolerant India. He always shunned party politics and never romanticised Naxalism," Guha said, adding that Karnad was never in favour of a "state funeral".

"He wanted a quiet funeral with his friends and family. That's him."

Talking about the wisdom Karnad possessed, the historian said that you could talk to him about anything -- from literature to cinema. "He beautifully and seamlessly blended North and South, the folk and the classical, the demotic and the scholarly."

Guha said that Karnad read and spoke 6 languages, adding he didn't know anyone else who had the knowledge and understanding of all arts -- music, literature, and dance.

Recalling the 2017 'Not in My Name' protest against a wave of lynchings of Muslim men by Hindutva mobs that shocked the nation, Guha said he didn't expect Karnad to turn up at Bengaluru demonstrations.

"As we stood silently holding up our placards, it began to rain. We carried on standing, in the open. A figure slipped in silently on my left. It was Girish," Guha wrote in The Telegraph.

"He had walked at least ten minutes in the rain from whichever side road his driver had parked his car in, carrying his cylinder and his tubes with him.

"He stood, and asked the person to his left if he could hold his placard. A student rushed in with an umbrella, which he opened and passed on to Karnad, who immediately shared it with the person to his right (me),"  Guha further wrote.

Not only was he a great writer and playwright but an exceptional administrator too, Guha said.

"He was outstanding as the director of Film and Television Institute of India (FTII) and mentored great actors such Nasiruddin Shah and Om Puri," he said.