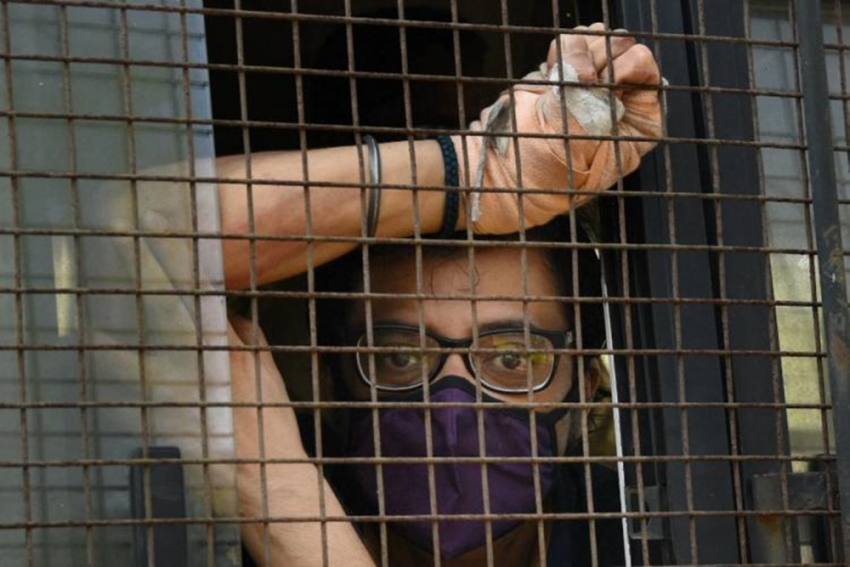 A bench of Bombay High Court on Wednesday directed the Mumbai Police to give a prior notice of three days to Republic TV's editor-in-chief Arnab Goswami if it wanted to arrest him in the Television Rating Point (TRP) scam case.

The high court bench included Justices SS Shinde and Manish Pitale who also dismissed the submission of state counsel Deepak Thakre that Goswami had to face the investigation and could not claim any special status.

The bench noted the police had been investigating the case for three months now and was yet to name Goswami as an accused in the case.

Goswami is named as a suspect in the chargesheet, and therefore, the "sword" of impending arrest is left hanging over his head, it said.

Goswami's counsel Ashok Mundargi had argued that the criminal law in the country did not provide for the police to name someone merely as a suspect and not name him or her as an accused in chargesheet.

He had said the probe by the police against Goswami and other employees of ARG Outlier Media, which runs all Republic TV channels, was malafide.

In the chargesheet, the police had named Goswami and all owners, managers, and all persons associated with Republic TV or ARG media under the category of "suspects", Mundargi had said.

Without naming specific employees (in the chargesheet) but saying that anyone associated with Republic TV or ARG media is a suspect gave a very wide scope to the police to continue to "harass" the petitioners, even when there was no evidence against them.

Mundargi said the police had reopened a 2018 (Anvay Naik) suicide case in which Goswami had been named as an accused and arrested him last year.

Goswami was released on bail by the Supreme Court, Mundargi said.

The high court took note of this submission while granting relief to Goswami.

"This interim order is granted in the peculiar facts and circumstances of this case, keeping in view the serious malafide alleged by the Petitioners (Goswami and ARG media) against respondents (state government and the Mumbai police) and also keeping in view earlier actions taken by Respondent-State and its officials against the Petitioner No.2 (Goswami).

"If during the course of the investigation, you come across something and you want to take coercive action against petitioner number 2, then you will give 72 hours prior notice (to Goswami)," the bench said.

The HC, however, said Mundargi's request for a stay on the investigation could not be granted as there was "no clarity on who was the accused and who was not".

Citing the material on record, the HC felt that the police did not have anything substantial against Goswami in the case.

The HC also accepted Maharashtra government's statement that the probe against Republic TV and other employees of ARG Outlier Media will be completed within 12 weeks.

The court was hearing a bunch of pleas filed by Goswami and ARG media challenging the probe and seeking several reliefs in the TRP scam case.

On Wednesday, the HC admitted the pleas and issued notices to the state and the Mumbai Police.

The bench said it will consider in the hearings, if the prayers made in the plea for quashing of the FIR, and a transfer of probe to the CBI could be entertained given that the petitioners were only suspects and not accused, "and if the police could continue investigating the case without naming Goswami and the others as accused".

The HC will hear the matter on June 28.