'It is time for Pakistan to take credible and irreversible action against terrorists,' MEA spokesperson Raveesh Kumar said. 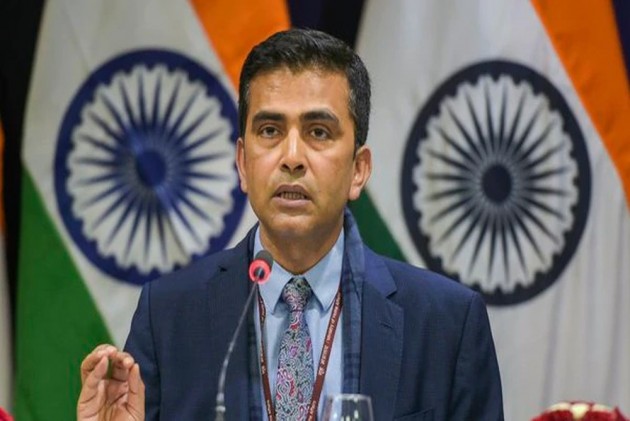 India on Thursday termed Pakistan Prime Minister Imran Khan's remarks that 30,000-40,000 "armed people" who fought in Afghanistan or Kashmir were still in his country as a "glaring admission" and asserted that it is time for Islamabad to take credible and irreversible action against terrorists.

Khan, during his three-day US visit, admitted that about 30,000-40,000 "armed people", who have been trained and fought in some part of Afghanistan or Kashmir, were in Pakistan and accused the previous governments of not telling the truth to the US about the militant groups operating in the country.

"It is a glaring admission by the Pakistani leadership," Ministry of External Affairs Spokesperson Raveesh Kumar said at a media briefing.

Willing To Give Up Nuclear Weapons If India Does: Pakistan PM Imran Khan

It is time for Pakistan to take credible and irreversible action against terrorists, he said.

"We were fighting the US war on terror. Pakistan has nothing to do with 9/11. Al-Qaeda was in Afghanistan. There were no militant Taliban in Pakistan. But we joined the US war. Unfortunately, when things went wrong, where I blame my government, we did not tell the US exactly the truth on the ground," Khan said.

Part of the reason for this, Khan explained to the lawmakers, was that the Pakistani governments were not in control.

"There were 40 different militant groups operating within Pakistan. So Pakistan went through a period where people like us were worried about could we survive it. So while the US expected us to do more and help the US win the war, Pakistan at that time was fighting for its own existence," he said.

Kumar also played down the controversy over US President Donald Trump's claim that Prime Minister Narendra Modi asked him to mediate on the Kashmir issue, saying it is time to move on.

The MEA spokesperson asserted that India's relationship with US remains very strong.