The Congress and the Goa Forward Party (GFP) on Saturday announced a pre-poll alliance for the upcoming state Assembly elections due in February next year. 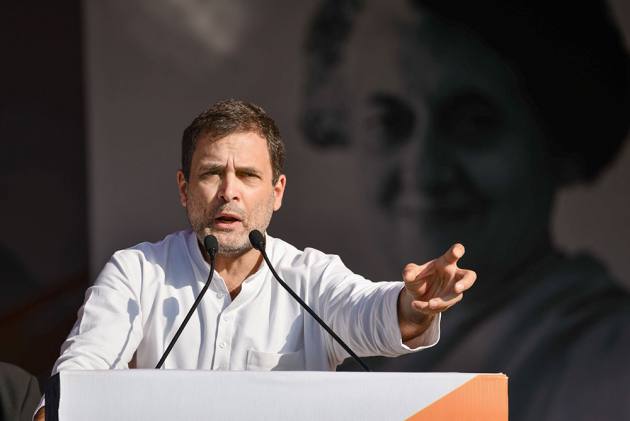 Notably, the GFP had earlier shared power with the BJP in Goa, but withdrew its support in July 2019 after its all three MLAs, including party president Vijai Sardesai, who was then deputy chief minister in the Pramod Sawant-led government, were dropped from the cabinet.

Addressing a press conference here, All India Congress Committee (AICC) in-charge for Goa, Dinesh Gundu Rao, said the Congress and the GFP have entered into an alliance for the forthcoming elections in the coastal state.

"After (GFP chief) Vijai Sardesai met our leader Rahul Gandhi in Delhi and expressed his support to the Congress saying that he wants to work with us to defeat the communal and corrupt BJP government in Goa and to bring about a change in Goa, we welcomed his move," Rao said.

More interaction took place in Goa between the two parties, he said, adding, "We ironed out whatever small issues were there between us and we are looking for a new beginning."
"Whatever happened in the past, has happened. In politics, there is always a scope for friendship, alliances, and we have mutual trust and confidence in each other," the Congress leader said.

During the talks held so far, the issue of how to go about carrying out the poll campaign was also discussed, he added.

"We will be going to the elections together and I expect that this alliance will drive more people towards joining the Congress. I am sure that in this election, the people have decided to reject the BJP as they want a stable government in the state," he added.

Rao said that the details of seat sharing between the two parties would be announced later.
Talking on the occasion, Sardesai said this alliance will liberate the state from the "autocratic" government.

"The current government in Goa is in the politics of acquisitions and takeovers that is poisoning democracy and there is a need to start a new movement to re-liberate Goa from the corrupt, communal BJP," he said.

There is a need for the like-minded people to come together, he said, adding, "What began at the residence of Rahul Gandhi has culminated here on an auspicious day."

Sardesai said that the people of Goa are against the BJP, but elected representatives are joining that because of the "high-handedness of the central leadership of the party.

"We are sure that political strategists who are of the view that any alternative to BJP cannot be done without a Congress as principal opposition party, he said adding that this is also the view of poll strategist Prashant Kishor.

After the Assembly polls in 2017, the GFP, which had won three seats, had extended support for the formation of the then BJP-led state government under the leadership of Manohar Parrikar. But after Parrikar''s death in 2019, the alliance had soured and resulted in the Sardesai-led party withdrawing its support.

In that election, the Congress had emerged as the single-largest party in Goa by winning 17 seats in the 40-member House, but could not come to power as the BJP, which bagged 13 seats, allied with some independents and regional parties to form the government.