Goa polls are scheduled in February 2022 and NCP’s Churchill Alemao said he will formally join TMC later in the day, in the presence of Mamata Banerjee, who is on a two-day visit to the state. 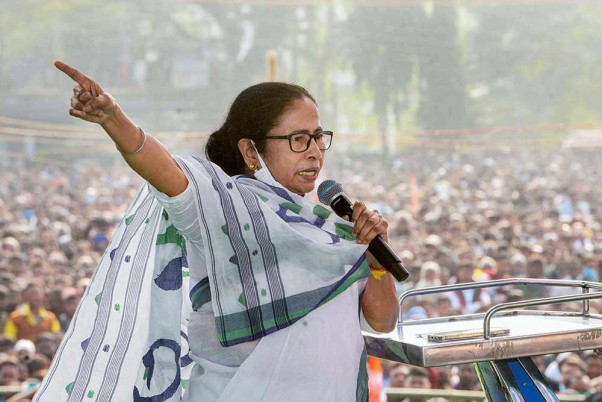 Ahead of the Goa Assembly polls, the NCP's lone MLA in the state, Churchill Alemao, on Monday claimed he has merged the party's state legislative unit with the Mamata Banerjee-led Trinamool Congress.

Alemao (72), who represented the state's Benaulim Assembly segment, also told reporters that he will formally join the TMC later in the day in the presence of Mamata Banerjee, who is on a two-day visit to the coastal state.

The TMC has already said it would contest all the 40 seats in the state Assembly elections due early next year.

Alemao (72) met Assembly Speaker Rajesh Patnekar on Monday and informed him that he has merged the Nationalist Congress Party's (NCP) Goa legislative wing with the TMC.

“Why should I resign as MLA? I continue to be the MLA. I have merged the party's legislative wing with the TMC,” he told reporters after meeting Patnekar.

Alemao claimed that being the lone NCP MLA, he represents 100 per cent of the party's legislative wing and hence, the merger is valid as per 10th Schedule of the Indian Constitution.

“More than two-third of the members can merge the party's legislative unit. Here, I am hundred per cent,” he said.

Speaker Patnekar was not available for comments.

When contacted, NCP's national spokesperson Nawab Malik told PTI over phone that people often quit one party and join another during the election time.

"If he (Alemao) wants to go to the TMC, that is his choice. He had joined our party in the last election…How does it matter whether he resigns or not at this juncture since the polls are around the corner,” the Maharashtra minister said.

In the 2017 Goa Assembly polls, the Sharad Pawar-led NCP had bagged one seat in the 40-member House.

The Congress had then emerged as the single largest party in Goa. But, the BJP tied-up with some regional outfits and independents to form government in the coastal state.