Goa Rape Case: ‘Is It Possible To Post A Policeman Behind Every Girl?’ Asks Minister

It is the responsibility of parents to know where their children are going, said Goa Art and Culture Minister Govind Gaude 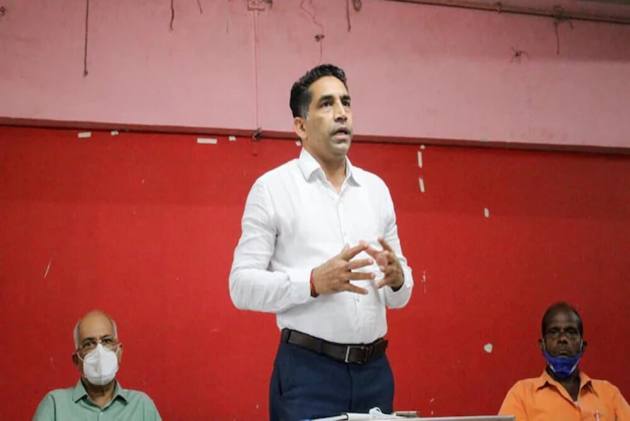 The Goa government, which is under fire over its handling of the rape of two teenagers, received more flak on Friday after Art and Culture Minister Govind Gaude said that it was not possible for the state government to post a policeman to protect every single girl.

“It is not that the government is shying away from its responsibility. But it is equally the responsibility of parents to know where their children are going and whether they are permitted to stay at someone's place,” Gaude said, speaking to reporters.

“Parents suffer the most at the end. Is it possible to post a policeman behind every girl for her safety?” he asked.

Why Were They Out Late? Goa CM Asks Parents Of Rape Victims To Not Blame Govt

His comments come in the backdrop of the gang rape of two girls on Benaulim beach on Sunday. According to officials, four men, one of them a driver with the agriculture department, allegedly posed as policemen and raped the girls after beating up the boys who were with them on the beach. All the accused have been arrested.

Earlier, Chief Minister Pramod Sawant was criticised for questioning why the two teenage rape victims were out on a beach late at night as he appeared to blame the victims for the incident.

“When 14-year-olds stay on the beach the whole night, the parents need to introspect. Just because children don’t listen, we cannot put the responsibility on the government and police,” he had said during a debate in the Assembly.

After receiving widespread criticism for his comments, Sawant on Friday said his statement was taken out of context.

“Both as the head of a responsible government and father of a 14-year-old daughter, I was deeply pained and disturbed. The pain of this incident is inexplicable,” the chief minister said.

Meanwhile, Director General of Police Mukesh Kumar Meena told reporters on Friday that patrolling along the beaches and isolated spots has been intensified to prevent such incidents.