The iconic Portuguese-era structure is being developed at an estimated cost of Rs 22 crore under the Centre's 'Swadesh Darshan Scheme'. 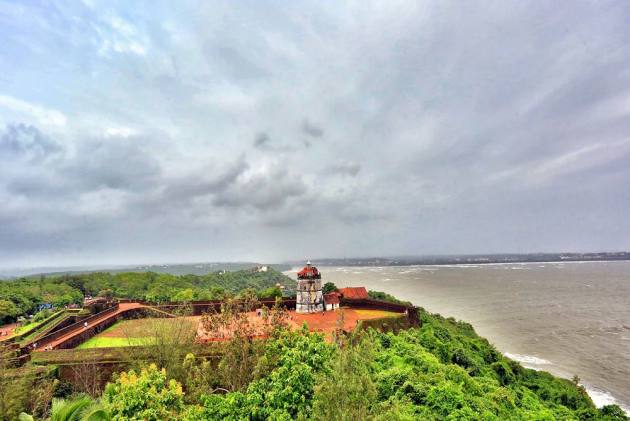 Goa Chief Minister Pramod Sawant has said the renovation of the historic jail at Aguada, which no longer houses prisoners and is being developed as a tourist spot, will be completed in March this year following which it be will be opened for visitors.

Talking to reporters on Tuesday after a review meeting on the renovation of the 17th-century structure, Sawant said around 90 per cent work of the project has been completed.

"We will complete the project in March this year after which it would be an important tourist attraction," he said.

The Portuguese-era structure, part of the historic Aguada Fort at Sinquerim village near the Mandovi river in North Goa district, will have a museum depicting the state's liberation struggle, he said.

Two special cells dedicated to freedom fighters T B Cunha and Ram Manohar Lohia, where they were jailed during the Portuguese rule, will be among the highlights of this tourist spot, Sawant said.

A senior official of the Goa Tourism Development Corporation (GTDC) said the iconic fort, which is a popular tourist destination, is being developed at an estimated cost of Rs 22 crore under the Centre's ''Swadesh Darshan Scheme''.

The prison at the fort was in use till 2015 following which it was denotified as a jail and handed over to the GTDC for renovation.