M. Sivasankar was remanded to the agency's custody for seven days by a Kerala court today. 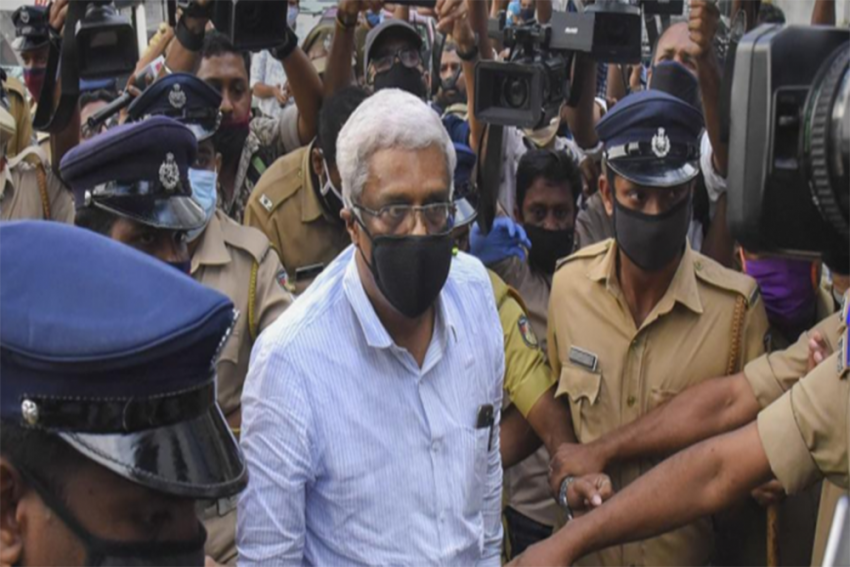 The Enforcement Directorate (ED), probing the money trail in the gold smuggling case, has alleged multiple offences against M Sivasankar, former principal secretary to Kerala Chief Minister Pinarayi Vijayan. Sivasankar was arrested by the ED late on Wednesday night in connection with the case.

The National Investigation Agency (NIA), the Customs department and the ED are conducting separate investigations in a case involving seizure of gold worth nearly Rs 15 crore from a "diplomatic baggage" of UAE consulate member at Thiruvananthapuram airport on July 5.

The ED has alleged that Sivasankar had intervened to clear the diplomatic baggage containing the smuggled gold without the Customs officials examining it at the Thiruvananthapuram international airport. Sivasankar was remanded to the agency's custody for seven days by a Kerala court today.

In its arrest order, the ED has claimed that during his statement given to the agency on October 15, Sivasankar admitted to having spoken to a senior Customs officer and had allegedly requested the officer to let go of the baggage as per the wishes of Swapna Suresh, the prime accused in the gold smuggling case. "This clearly shows your (Sivasankar) active involvement in the offences committed by Swapna Suresh," the ED said its order.

The probe agency claimed that during its investigation, it was also revealed that Sivasankar was involved in the commission of a scheduled offence. "WhatsApp chats between Sivasankar and Swapna have revealed that she had requested Sivasankar to intervene with the Terminal Manager/Airport Authority/Customs Authority for some work at the airport/ clearance of diplomatic baggage without examination by the Customs," the ED added. The agency said this also amounts to misuse of public office and interference in the official working of other government departments.

It said analysis of WhatsApp chats is also indicative of the fact that Sivasankar, in his official capacity, might have called for the clearance of other diplomatic cargos as well including the ones containing smuggled gold because nobody could tell what was inside such diplomatic bags once cleared un-examined.

"It has been found that 21 consignments were sent between 2019 and 2020 and Sivasankar's involvement has helped in the commission of the offence. This clearly shows that you (Sivasankar) knowingly assisted in the process of activity connected with the proceeds of crime and therefore committed the offence of money laundering," the ED said.

The agency on Thursday sought 14-day custody of the officer when he was produced before the Special PMLA court in Kerala. It said investigation under Prevention of Money Laundering Act (PMLA) has revealed that a bank locker was hired in State Bank of India, Thiruvananthapuram City branch on November 30, 2018 jointly in the name of Swapna Suresh and Sivasankar’s chartered accountant P Venugopal on the instructions of Sivasankar.

The ED said Venugopal has also admitted that Sivasankar wanted him to manage Swapna Suresh’s finances adding that Venugopal has submitted WhatsApp messages to prove his claims.

Further, during the search conducted by the NIA, an amount of Rs 64 lakh was reportedly seized from the SBI locker and Rs 36.50 lakh was seized from another locker in Federal Bank, statue branch, Thiruvananthapuram. When Sivasankar was confronted with these facts he remained evasive and non-cooperative, the agency said while seeking his custody.

Granting seven days custody to the ED, the court said the accused shall not be subjected to any sort of harassment or torture while in custody. He shall be given liberty to contact his lawyer and there shall be a break for one hour if interrogation continues for more than three hours, the court added.

The court also directed the investigating officer to ensure all medical assistance was provided to Sivasankar including ayurvedic treatment for his back ache during the period of custody without disturbing the interrogation process as Sivasankar had complained to the judge about his disc prolapse issues.

Speciality Tea Fetches A Record Price Of Rs 75,000 Per Kg At Guwahati Auction